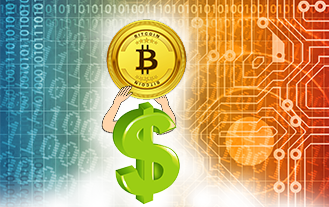 There is no doubt that bitcoin has been the asset to watch over the last 2 weeks. On May 27th it shattered the $460 USD mark and entered the $530 mark a few days later. On June 3rd it surpassed $550 and it is now being traded at around $578. As the rise in bitcoin price takes places, experts have been cautioning investors about the volatility of the cryptocurrency, pointing at the rise of Ethereum as an alternative, and to Chinese demand as the driving force behind the meteoric rise. Although these factors surely influence the price of bitcoin now and its future prospects, they should be taken with a grain of salt.

It is quite evident that Chinese demand for bitcoin has been on the rise over the last few weeks. Chinese bitcoin exchanges have had a field day selling the digital asset of choice to people looking for a safe haven. Nevertheless there have been other factors that might have contributed to the sudden popularity of bitcoin. The events that took place on June 3rd can serve as a sample of how bitcoin prices may be correlated to the fate of the US Dollar.

World Forex markets have been anxiously awaiting an interest rate hike on the US Dollar. There has been a lot of speculation surrounding the timing and conditions that would lead to such a hike. Analysts have been using data proxies to try and calculate when the Fed will raise the interest rates, since statements from its chairwoman and other influential figures have been ambiguous. One of the key data sets that analysts have been looking at is job creation reports. It is widely believed that stronger job data will contribute to more consumption therefore helping inflation rise to a level at which the Fed would have to raise interests on the US Dollar.

On June 3rd, the government released disappointing job data that led most analysts to conclude that a Fed rate hike was farther away than expected. The US Dollar tumbled against major currencies, and as it did, the price of assets seen as a safe haven rose. Bitcoin in fact started rising again on the same day, as the Dollar tumbled.

Is This Time Different?

While Chinese demand for an investment asset that will provide a measure of safety for depreciating savings has clearly contributed to bitcoin’s sudden rise, it is not the only factor. Clearly forex markets could have also influenced bitcoin’s rise. In fact, it would be logical to think that while Chinese demand may overwhelm the supply of any asset on earth, speculation and the conditions of other markets should also have an impact. Bitcoin rising while the US Dollar slips seems to be more than just a coincidence, and it can also shed some light on how some other unexpected events may affect the value of the cryptocurrency.

There are other world events that could contribute to speculative investment in bitcoin. Britain’s possible exit from the European Union or ‘Brexit’, could also trigger a spike in demand for bitcoin. In fact the British Pound closed the week on a loss against the US Dollar, on polling information signaling that the favorability of Brexit is increasing. Analysts predicting that bitcoin’s rise may be short lived, might be surprised by world events other than a softening Chinese economy.

Analysts should not only focus on rising Chinese demand for bitcoin as a driving force; they should also take it as a symptom of something greater. The world economy is more interconnected now than at most points in human history. The forces driving demand for bitcoin now and in the future are more numerous and may not be as obvious as previously thought. After all, China is also exposed to speculation around Fed rate increases and Brexit fears. Narrow conclusions that stem from simplistic analysis in bitcoin demand, not only underestimate the possible effect of other economic and political events, but also fail to acknowledge bitcoin’s role in Forex markets.