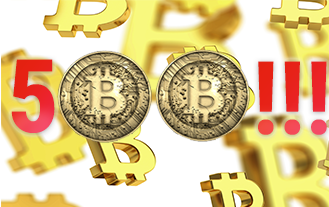 It seems that the same factor blamed for plummeting raw material prices, can take credit for bitcoin’s most recent surge. Chinese demand for the digital asset seems to have peaked, taking the price for a coin above the $500 USD mark, and bitcoin market cap over the $8 billion line. But there are other factors that must be taken into consideration before concluding that Chinese demand is the sole driver behind this unexpected spike. Analysts like Charles Bovaird, have considered the possibility that a rise in bitcoin prices could be due to a fall in Ether prices.

Ether – the digital currency underpinning the Ethereum project – weakened during the week ending on May 27th. This somewhat coincides with the sudden spike in the value of bitcoin. However, the drop in the price of Ether took place gradually over the preceding week, while bitcoin experienced a sudden spike that started towards the end of the week. Taking that data into account, as well as 6 month Ether and bitcoin charts, the inverse correlation might be too weak to consider it as a main factor in trying to analyze future bitcoin price trends.

Various cryptocurrency experts sustain that Ethereum and Bitcoin are not competing projects. Inverse price correlation between the two – however weak – may show otherwise. Although it is true that bitcoin and Ether each offer different functions to their users, the real driver of demand is how the users perceive the function that each fulfills. If certain cryptocurrencies are viewed as a store of value designed to weather economic storms, then those will be better suited than the others to satisfy the demand for a safe haven.

This, coupled with the steep nature of bitcoin’s recent rise in the charts, points to the possibility that Chinese demand could have had a significant impact on bitcoin’s value indeed. Recently there have been more reports about the slowing Chinese economy. Access to foreign exchange markets in China are also somewhat restricted, leaving many Chinese with no other choice but to buy bitcoin. Chinese demand is therefore one of the most prominent factors behind this sudden rise, and it is clearly being aided by the looming halving in mining rewards on the supply side.