The storifier team look at what a typical ICO timeline looks like and why they relevant, as well as a highlight the components you should look out for in an ICO project, 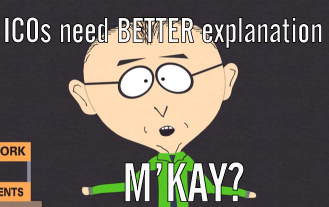 Who are the People Orchestrating an ICO?

Before we get into the ICO timeline, it is important to look at who is behind a typical ICO. Aside from service providers, like PR and marketing, a typical ICO dream-team consists of the founders and advisors (preferably with past blockchain experiences), prior investors (who put the money in the project at the most initial stages), and employees (existing or future, ready to join the project and hit the ground running). The ICO team presents their idea to the blockchain community. The community consists of investors, potential users, tech evangelists, media, random people who read and comment on industry announcements, and others. Instead of mapping out all of them, we focused just on those who influence the outcome of the ICO directly.

These people can be split into two broad groups: the ICO Investors and the End-Users, with many somewhere in-between. Among the ICO Investors, there are those who invest for capital gains and those who are interested in the future utility rights of a project. The former are individuals and entities that look at an ICO as an opportunity to make money in the secondary market. They buy tokens without the intention of using the product once it’s launched. they instead wait until the token price appreciates, and sell what they have to make money on the price difference. The latter are initial future end-users of the product who want to come in as early as possible. Not all end-users can come at the ICO stage. Some of them cannot participate because of their residency (e.g. US residents) and some simply cannot get in because of their small investment size and a short time it takes for some ICOs to complete. These people buy tokens later, once they start trading on exchanges. Nonetheless, the ICO timeline is crucial for both groups.

How do the First Steps of an ICO Timeline Look Like?

It takes on average around three to six months between the announcement of an idea on community platforms (pre-announcement) to the time tokens start trading on the exchanges. Within that period, the team puts a lot of work into the refinement of the idea. The aim is to present a solid offer, launch a PR campaign, and subsequently a successful crowd sale. The ICO timeline therefore starts way before any actor in the market is fully aware of the project.

Those of you, who follow ICO pre-announcements on the blockchain community sites, like Bitcointalk.org and Reddit, may find this video as a good summary of how community reacts to such news.

Below is how a typical ICO timeline looks from a startup’s perspective – note that timelines may vary greatly depending on individual projects. Like you see, before the ICO timeline starts way before the announcement. This is one of the key indicators to find out how solid a project is, and the quality and clarity of the idea it presents, hinges on this timeline:

Anyone looking to invest in an ICO makes sure that all the important components of a project are in place. A thorough due diligence of the team, the whitepaper, and the initial code should all be researched and studied to evaluate a project’s potential.