Kraken And Poloniex Crashed Due To DDoS?

By Bitcoin Chaser
Published May 8th, 2017 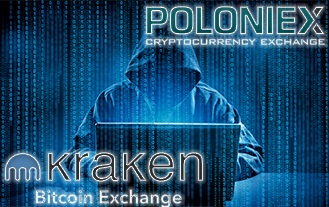 On Sunday May 7th 2017, two of the most important cryptocurrency exchanges experienced unusual and serious service outages. Kraken and Poloniex crashed and they released announcements about their respective problems on Twitter within a few minutes of each other. Some time before the official announcements, users were already complaining about problems with both exchanges. The combination of the events at Kraken and Poloniex, together with claims from users on social media, served to create a panic sale of various digital assets.

Kraken and Poloniex Users Demand their Money back

After the smoke cleared, many users found that they lost money either through margin orders that were not filled or through the panic-induced sale of their cryptocurrency holdings. Some of those affected are now demanding that Kraken and Poloniex respond for their losses. Neither is likely to respond because those funds already changed hands and it is impossible to reverse them all.

There is no doubt that both exchanges should take responsibility for whatever went wrong and compensate their users. Nevertheless, users must also understand that they run the same risks on many other cryptocurrency exchanges. Anyone who engages in cryptocurrency trading through these platforms must understand that in order to profit from the advance of trustless systems, they are placing their trust on a third party.

That third party in turn is also placing its trust on its own decision making mechanisms. There is always a margin of error when this happens. Organizations like individuals sometimes over-estimate their capabilities, which in this case is one of several probable causes that could serve to explain what happened. Unfortunately, there are few other ways to profit from trustless systems without investing trust in a third party. This sounds paradoxical, but it serves to teach everyone in the space an important lesson: if it hasn’t happened yet, it doesn’t mean it can’t happen.

Before Kraken and Poloniex crashed, they both had a very good track record. Yesterday, that changed and the reason is not clear. While Kraken claimed it faced a DDoS attack, Poloniex didn’t offer an explanation for its crash, opting to acknowledge it publicly without offering anything further. A plausible explanation for the crashes, could be that neither exchange had the infrastructure required to handle an ever-increasing trade volume, that reportedly peaked on Sunday.

The cause of the crashes, as interesting as it may be, might never be known conclusively. Users of both platforms who lost money, will be less interested in an explanation and even if they get one, they will not be able to do too much with it. The best anyone can do with a reason for why Kraken and Poloniex crashed, is express more outrage over social media. Instead, they should just take notice and contemplate a corollary to the aforementioned lesson: If it happened, it could happen again, and if it happened to someone, it could happen to anyone.

How is all this analysis useful at all going forward then? After all, the common denominator here is that the future is unpredictable. This could happen to anyone, even if it hasn’t happened yet, and it could happen to the same exchanges again. Well, this means that users might need to hedge their risks better, or avoid margin trading, or buy the assets they want to buy and hold them cold, in their own wallets for longer.

There is a variety of ways to protect your investments in cryptocurrency and a myriad of strategies that you can recur to, to avoid getting caught up in a future crash or DDoS attack. When Kraken and Poloniex crashed yesterday, we all learned once again that there are varying degrees of trust that we should apply when we trade on trustless systems’ technology through third party platforms. In other words, investors must make sure they do not leave funds they are not willing to lose on any exchange at any given moment.

Poloniex confirmed that it faced a DDoS attack. This is the reason why this exchange crashed. Here is the tweet annuncing the DDoS attack on Poloniex: