If you are looking for fiat profits, play with Bitcoin at your own peril. Whales out there are ready to swallow every single little fish in the crypto-pond. A few Goldman Sach’s traders just showed us how it is done – allegedly 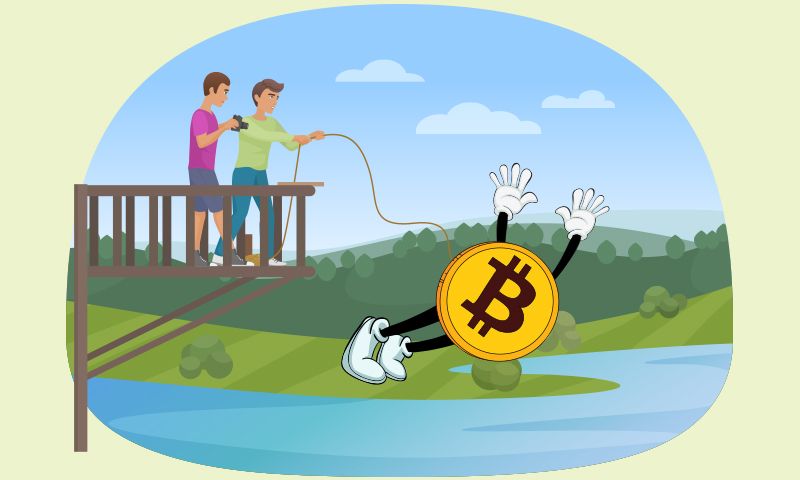 As Bitcoin struggles with a renewed wave of downward pressures, according to various media sources, the latest bout came courtesy of some sort of “insider trading.” A trader or several traders at Goldman Sachs supposedly opened a $74 million USD short position on Bitcoin when they found out that the world-renowned investment bank had shelved plans to open a cryptocurrency trading desk. The short came a few days before Goldman’s official announcement. The market reacted as expected, price came down from around $7,300 USD to around $6,000 USD before recovering some of the ground it lost over the last few days.

Asymmetry of information was allegedly exploited for profit by a group of people. This sounds a lot like insider trading, except that there is no such thing in the world of cryptocurrency, or at least there shouldn’t be. The logic behind this point is quite simple: a decentralized, P2P asset that allows people to hedge themselves against government excess – such as censorship and restrictions on personal and economic freedom – should not be held to the same standards and norms that all the regulated assets are held to, unless we would like to get rid of the characteristics that make it so unique.

Price Rises and Falls, but Bitcoin Stays the Same!

This doesn’t mean that we should deny the damage done to those who hold Bitcoin when something like this happens. When the price goes down as a result of trading on privileged information – should we really call it insider trading given the point above? – people who bought coins with certain goals in mind, feel the pain. That pain is real, but how can you fault the people who profited from this not so big short at Goldman Sachs? If they indeed acted on the information that was only disclosed a few days later, it is because:

Blame Yourself and Maintain Objectivity

Many lauded CME and CBOE trading as a driver for greater adoption. Nevertheless, futures trading might have been detrimental to Bitcoin itself and not only to its price. Since the CME and CBOE enabled Bitcoin trading, the first truly decentralized, censorship free, P2P asset in modern history, is being abused by the same middlemen it aimed to replace. This is the core of the issue; the alleged privileged information saga that hit the markets over the last few days is a by-product of this issue.

In fact, long-term Bitcoin holders – who are holding on to their coins for whichever reason – should not be bothered by the move that traders at Goldman pulled. After all, the profits these middlemen took home, a fat fiat profit, shouldn’t be concerning. Bitcoin is stronger now than it was a year ago. The Lightning Network is running and there are no more contentious forks looming like a dark cloud in the horizon. Fiat-dominated systems on the other hand, effectively postponed a painful, protracted downfall through the creation of debt and an artificial monetary expansion that will come back to bite the economies they underpin.

If these Goldman traders are as smart as many think they are, they will be using their fiat now to buy actual coins instead of positions on Bitcoin derivatives. Meanwhile, those who are holding Bitcoin long-term, should understand the implications of doing so and make sure they know exactly why they do it. Price will continue to fluctuate, but the value of the coins that people hold has not moved a single iota since the privileged information trade was placed. Bitcoin provides an alternative to a corrupt system. Therefore, these economic attacks through the use of privileged information do not constitute a problem for those who understand what kind of asset they hold in their wallets.