When Bitcoin prices increase, Google searches with the term “Bitcoin” in them should follow, or maybe it is the other way around. Looking at the data may yield some interesting insights 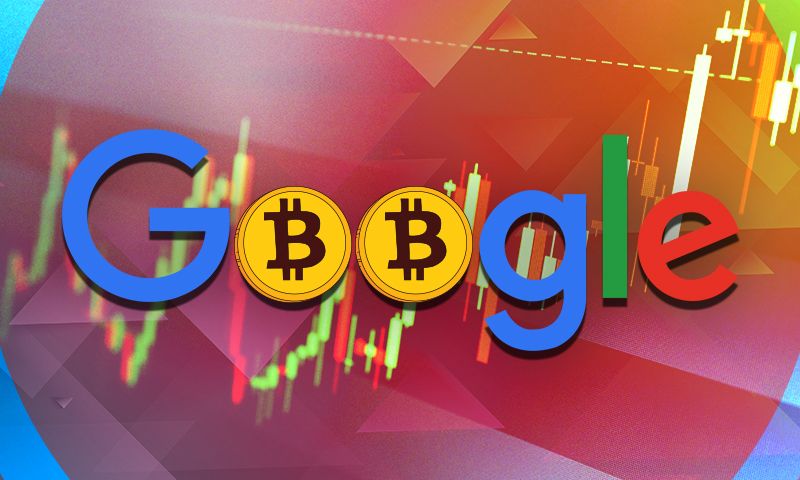 Analyst Nick Colas said one could predict “Bitcoin’s next move” by looking into Google search and wallet growth. According to a recent report by Wikipedia, the Bitcoin article had15,026,561 visits during 2017. Users are getting to these articles and pages of interest through search engines as well as through social media. Nevertheless, Bitcoin searches on Google may be correlated to Bitcoin prices just like Nick Colas has said. Google’s “Year in Search 2017” report, has Bitcoin in second place in its news category. Moreover, a term “How to buy Bitcoin” can be seen in third place on “How to..”  search lists. Price has often followed these search spikes.

Bitcoin’s search volume may also drive speculation. Mr. Colas points to an increasing number of search terms related to Bitcoin as one of the leading reasons for price increases. A look at search information on December 17th, 2017, seems to point towards the correlation. Bitcoin hit a record $19,843 USD that day. Mike Ryan, the chief investment officer for the Americas at UBS Wealth Management said the high volatility occurs due to the vicious headlines by journalists. When asked what is the reason behind the rapid rise and fall in Bitcoin prices, Ryan’s answer was:

“We have had this question all around the world, but we joke that most of the people asking the questions are journalists.”

Can the Tail Wag the Dog?

This correlation however, does not allow us to understand what came first. Did the price rise because of Bitcoin searches on Google, or did Bitcoin searches on Google rise because the price rose? Is it a mixture of both? Which drives which and is it always like that? This chicken and egg question may not have an answer. Nevertheless, looking at how Bitcoin prices have done in the past, it would be entirely logical to deduce that the tail can wag the dog. Once prices started to rise, Bitcoin started getting more coverage, so those vicious headlines by journalists were more likely to be driven by real growth on the BTC network.

Aside from the idea that Bitcoin search on Google can drive price, there are other factors that might influence a surge in searches. The digital currency which was reaching all-time highs during mid-December 2017 is now way below those rates trading within the $10,000 USD and $12,000 USD range. Forks and other events might have also triggered Bitcoin growth both in terms of price and in terms of Google searches. The significance of the forks is also an important factor. According to a report from Bloomberg, there were 19 Bitcoin forks in last year, but Lex Sokolin sees 50 forks coming out this year. Tom Lee, a Wall Street strategist, believes Bitcoin may fall to $6000 USD. Also, he predicts Bitcoin could hit $25,000 USD by 2022. Nevertheless, upcoming forks might never reach the level of interest that the UAHF – that brought about Bitcoin Cash – created. This will probably make forks a smaller dirving force in terms of price and Google searches this year, which will help us discern how prescient Bitcoin searches on Google really is when talking about price predictions.