Regulators Call On Google To Ban Cryptocurrency And ICO Ads

Facebook banned cryptocurrency, ICO and binary option ads. Now regulators want Google to do the same, which would set a series of very dangerous precedents 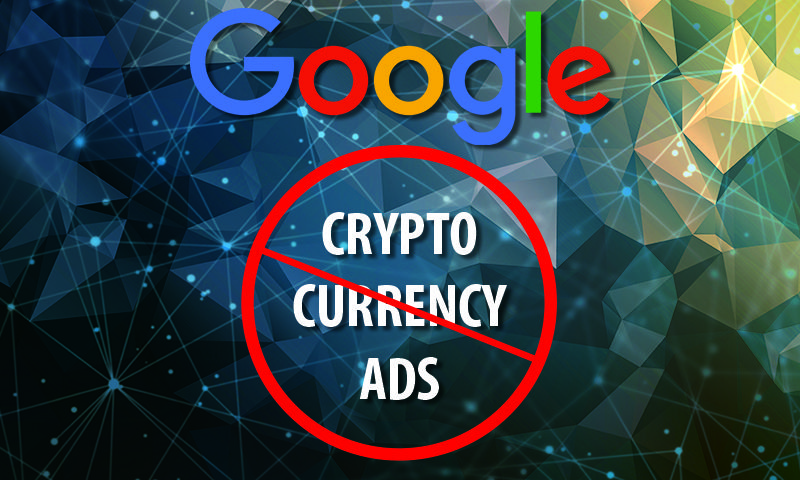 Government intervention in business is nothing new. But when it comes to advertising, intervention can come awfully close to an infringement upon freedom of speech. Some governments intervene more than others, but none have asked Google to follow in the footsteps of Facebook and ban cryptocurrency ads, until now. A senior investigator with the Manitoba Securities Commission in Canada, Jason Roy, wants Google to follow Facebook’s decision to restrict cryptocurrency and ICO Ads, putting them in the same bag with the promotion of binary options.

Canadian Regulators Appeal to Google, Asking it to Follow in Facebook’s Footsteps

The extent to which this request is legal, is an issue for experts to discuss. The red line that separates freedom of speech from government sanctioned censorship in the name of a greater good, is very fine. But when regulators ask a company to follow self-imposed censorship rules that its competitor chose to abide by, This represents an attack on the free markets that can set a dangerous precedent. Apparently Mr. Roy is fine with that, at least as long as the subject of this attack is cryptocurrencies. Here is what Mr. Roy had to say regarding the Facebook ban:

We’re very pleased with Facebook’s decision. My hope is that Google will enact a similar policy, where they explicitly name products like binary options, ICOs, and cryptocurrencies.

Following Mr.Roy’s comments, Google claimed that they already enforce a ban on misleading Ads and misrepresentation. Google however, refused to single cryptocurrencies and ICOs out. By doing so, it also refrained from equating them to fraudulent binary options sites. Google spokeswoman Roni Levi had the following remarks regarding Mr. ROy’s comments:

A former PPC (pay-per-click) expert for the online gambling industry told the Times of Israel about Goolge Adwords volume. Facebook counts 15-20% of the paid-click traffic. Google adwords generate more significant traffic. This expert used to work in binary options trading and is now seeing many of the people who worked in that industry, move over to ICOs. Nevertheless, the fact that Google ads are more effective than Facebook’s and that binary option fraudsters are now launching ICOs, doesn’t mean that Google should follow in Facebook’s footsteps or that all ICOs are fraudulent.

Guardians of the Old Order

Google may or may not act upon the regulator’s request. If it does, the effect on established cryptocurrencies might not be significant. Nevertheless it does set very dangerous precedents. Apart from freedom of speech and a blatant infringement upon competition in the markets, the request highlights how dangerous the ignorance of regulators can be. Cryptocurrencies are not a fraud. ICOs can be fraudulent, but many aren’t. Regulators should not look at revolutionary assets through the same prism they use to look at a service that has been proven to be fraudulent many times over.