The Iranian government is between a rock and a hard place again with the renewal of US sanctions. Cryptocurrency acceptance could help, but it means giving up control over the economy. 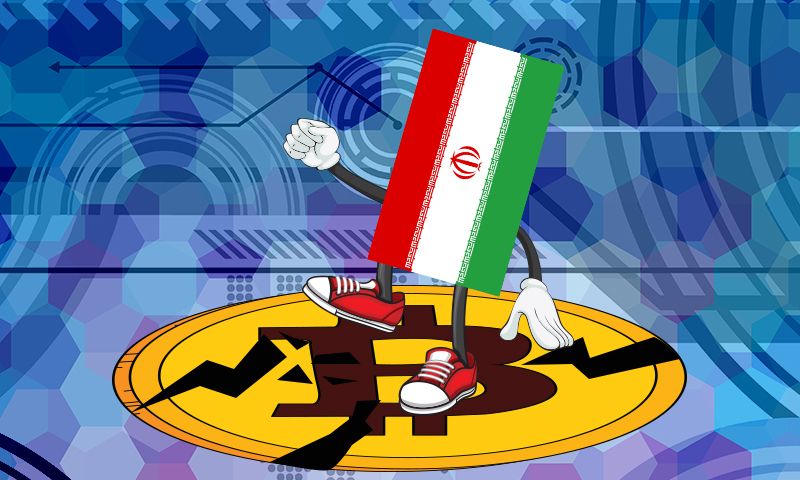 Citizens in Iran are increasingly looking for alternatives to their local currency. Knowing that foreign currency inflows have been affected before due to sanctions, many have recurred to cryptocurrency. A recent report by the Iranian parliament’s chairman of the economic committee, Mohammad Reza Pourebrahimi reveals that Iranians bought more than $2.5 billion USD worth of Bitcoin and other cryptocurrencies. Cryptocurrencies are the only currencies Iranians would be able to use in case sanctions snap back into place, and since president Trump pulled out of the nuclear arrangement with Iran, instituting sanctions again, it seems that Iranians who bought cryptocurrency now have a great asset to hedge with.

During the talk with IBENA, a local news source, Majils (the Iranian Parliament) head, Mohammad Reza Pourebrahimi said: “Despite the fact that a minority of citizens in the country are customers of cryptocurrencies, more than $2.5 billion has been sent out of the country for buying digital currencies with a majority of people [investors] in it for speculative activities and huge profits.”

Iran’s Version of the Petro

He went on to say that cryptographic remittance is not transparent and lacks validation & support. As a result, to this issue, Iranian government wants to step up with national bank-issued cryptocurrency, backed by Iran’s precious asset: oil, a project that the Venezuelan government already tried to remedy its ailing economy. This attempt will inevitably fail.

Decentralized Cryptocurrency is a Better Option

Since the report of $2.5billion capital flight and Trump’s decision to reimpose sanctions hit the media, a few people say that Iran is better off adopting decentralized cryptocurrencies than creating its own to circumvent sanctions. There is no way to impose a ban on Bitcoin transactions or on transactions with other cryptocurrencies just because they originate in Iran.

Iranian authorities however, might backtrack once again on their cryptocurrency policy if the harsh sanctions have too many negative effects on the local economy. Iran has seen its share of openness towards cryptocurrencies before, and its official policy regarding these assets remains ambiguous. Here is a brief history of official statements about cryptocurrency in Iran.

In October 2017 IFPNews reported that, Amir Hossein Davaee, Iranian Deputy Minister of Information and Communication Technology discussed the plans of allowing Bitcoin inside the country.  He said, the research is going on and the country has taken very seriously the issue of preparing the infrastructure for the new currency. Amir also confirmed that the government will initiate talks with related organizations to proceed on the matter as early as possible.

Seeing money laundering activities across the cryptocurrency space as a threat, CBI (Central Bank of Iran) prohibited local banks & financial institutions in the country from offering their services to crypto firms. This doesn’t mean that private citizens or companies couldn’t use cryptocurrencies.

According to a Reuters report on the matter, the central bank issued a statement that said: “The wild fluctuations of the digital currencies along with competitive business activities underway via network marketing and pyramid scheme have made the market of these currencies highly unreliable and risky.”

A Twist in the Announcement

However, a twist in the announcement came when Mohammad Javad Azari-Jahromi discussed the ban was not due to money laundering concerns, but rather to prevent capital flight. He stated that: “The central bank ban does not mean the prohibition or restriction of the use of the digital currency in domestic development. Last week, at a joint meeting to review the progress of the project, it was announced that the experimental model was ready.”

The Future of Cryptocurrency in Iran

There is no doubt that authorities in Iran are torn when it comes to cryptocurrenies. On one hand they are a great tool to circumvent sanctions. On the other, such a controlling regime will be reluctant to accepting any medium of exchange that wrests control from the economy. Iranian citizens are visibly more pragmatic. They know access to foreign currency is not a given in their country, so they are increasingly acquiring more Bitcoin.