The Petro Is The Ultimate ICO Scam

It was just a matter of time until governments started issuing blockchain-based currencies. Venezuela is the first country to have a government-backed cryptocurrency, the Petro, which is a scam 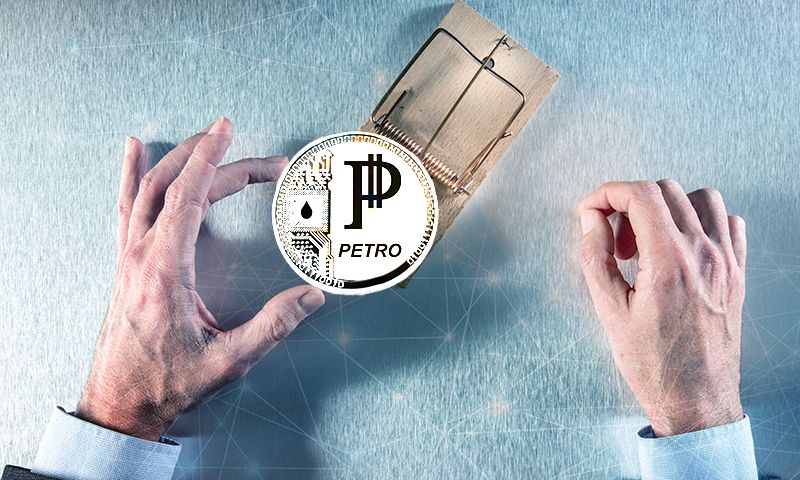 Old political vitriol and a ploy to boost foreign currency holdings is what stands behind the Petro, Venezuela’s blockchain-based currency. The Petro is the ultimate ICO scam, conducted by the Venezuelan government in the name of ridding itself from the economic oppression foreign governments have supposedly subjected it to. The cryptocurrency is based on oil reserves, so its price would be in theory tied to these reserves. That is the first of many fallacies and lies that the Venezuelan government is using to promote its gimmick.

To show why the Petro is the ultimate ICO scam, it is necessary to apply pure logic and some basic economic principles. To do that, it is imperative to understand what the basic attributes of the Petro are:

It is possible to see that the economics of the Petro might seem sensible, but a closer look will reveal how flawed they can be. The Venezuelan government recently defaulted on its debt. This shows that no matter how much oil the country has, its expenditure levels are above its production levels. Venezuela’s oil industry is in decline for more than a decade now in terms of production and the upkeep of its infrastructure. This limits the ability of the government to exploit the oil it wants to base its new currency on.

The Petro might even worsen the situation because it will allow the government to seek foreign currency – any currency that is not the Bolivar and is not issued by the Venezuelan government – in exchange for a new kind of blockchain-based asset without making any substantial economic reforms to boost production. The Petro is just the same old hyperinflated Bolivar issued on a blockchain, and re-packaged to make it look like a deflationary currency.

Would you Buy Promises from a Debtor in Distress?

The Petro is the only instrument the government has left to finance its activities after everything else failed. Proceeds from Venezuelan oil sales abroad should be used to pay existing government debt instead of backing a new currency. The Petro is a dangerous “double or nothing” gamble at best, in which previous creditors are told that they will never see their money again, while the Venezuelan government leverages the assets it claims for itself to get foreign currency through other means. The beauty of this exercise is that this time around, the Venezuelan government is not even issuing debt. Instead it found a way to swindle people around the world by selling them a government-controlled currency based on the only industry the country has left, which was already hollowed out completely.

Nevertheless, there might be enough suitors for the Petro and its pre-sale token in the markets who will not see through the feeble economic arguments this currency is based on. Those still considering the possibility of buying in must understand why the Petro is the ultimate ICO scam:

The Mother of all Scams

These factors create the perfect conditions for the mother of all scams. The Venezuelan government has nothing to lose here. No one will be able to enforce any kind of commitment this government makes towards holders of Petro. Despite all these red flags, there are still people who will buy into this scam. Venezuela’s president knows how to play the scam well. He is trying to create FOMO saying that the pre-sale raised $735 million USD already. That means he sold about 1/3 of the total number of tokens offered during the pre-sale in 24 hours, but this cannot be independently verified.

Anyone still considering buying Petro after reading this, should let those numbers sink in and then think about this: The biggest ICO ever by amount raised was FileCoin with $250+ million USD. Nicolás Maduro, the president of Venezuela, just told the world that after a day of pre-sale, he already sold $735 million USD worth of an ERC20 token that is not even backed by anything other than a promise to convert them into a currency that is supposed to be backed by oil reserves and is based on a different blockchain. If that doesn’t convince people that the Petro is the ultimate ICO scam, nothing will.