The Crackdown On Bitcoin Continues In Venezuela 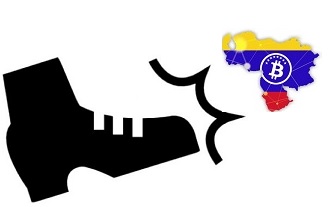 The situation in Venezuela worsens. Authorities are targeting more bitcoin miners, users and businesses. Over the last week, 8 individuals have been arrested and the most important bitcoin exchange in the country, had its local bank account revoked. It seems that Venezuelan authorities are gearing up for an all-out war on the country’s bitcoin ecosystem. This might be partly due to the crisis that Venezuela is in now, but it also serves to undermine the efforts of those who are trying to do something to make ends meet given the circumstances.

The Government in Venezuela and the Supply of Electricity

The most contentious issue that bitcoin miners and the authorities in Venezuela seem to be facing, is the supply of electricity. With some of the cheapest electricity prices in the world on one hand, and widespread brown-outs on the other, there is no doubt that bitcoin mining activities can be a little more than a nuisance. As a result, the authorities in Venezuela are charging many of the miners with electricity theft. This does not necessarily mean that miners are indeed stealing electricity, but rather that they are putting a strain on a grid that is already on the brink.

Authorities in Venezuela Respond with All-Out War on Bitcoin

Venezuelan authorities are responding unequivocally with a widespread crackdown on bitcoin miners apparently to relief the grid from excess demand. But the crackdown has spread into other sectors of the local bitcoin ecosystem. SurBitcoin, the country’s biggest bitcoin exchange, had to cease its operations because its bank account was revoked. Venezuelan authorities might have pressured the bank into revoking SurBitcoin’s account. In a separate incident, Venezuelan police also arrested a person who was selling an old ASIC miner on online market place deremate.com.

The nature of these events casts a doubt over the theory that Venezuelan authorities are worried about its citizens abusing heavily subsidized electricity in order to mine bitcoin and profit. The arrest of another 2 miners in Venezuela may serve to prove that the authorities in this country are really just going after the local bitcoin ecosystem as a whole for reasons that remain unknown. Police arrested another 2 individuals in the city of Valencia. Authorities charged these miners with the usual cyber crime and electricity theft charges, and added exchange fraud and terrorism financing charges. Of course there is no way of telling if the fraud and terrorism charges are well founded or if they are as legitimate as the electricity theft charges that every other bitcoin miner in Venezuela faces.

In the meantime, people in Venezuela are buying more and more bitcoin as the authorities intensify their efforts to stifle the ecosystem. Many reports point to a historic high in bitcoin purchases for a single week in Venezuela, totaling $337,000 USD during the last week. It seems that the more the government cracks down, the more the people want to acquire the asset. That should be obvious to anyone; this sort of crackdowns generally just achieve the opposite of what they set out to do.

That is unless the authorities are using these arrests to confiscate large amounts of bitcoin for themselves. After all, bitcoin mining operations in Venezuela are marginal. Even an electric grid on the brink is not likely to collapse at current mining levels, even as demand for bitcoin grows at a greater pace.

The worst part of it all is that no one may ever know the real reasons behind this all-out war on bitcoin in Venezuela. The authorities in this South American country are not credible at all. The arrests themselves are independently verifiable; the charges might all be completely illegitimate. This means that at this point the only logical conclusion is that authorities are doing whatever they can to choke one of the few sectors of the economy that can actually help some Venezuelans meet their needs.