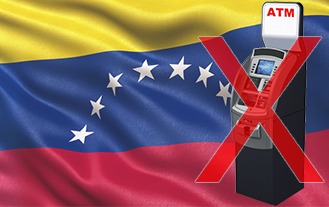 Venezuela is once again in the bitcoin radar. Economic woes in this South American country, seem to be endless. Now its population is facing yet another existential challenge. Venezuelan banks are limiting the amount account holders can withdraw from their savings on a daily basis. With this policy, banks seek to secure liquidity and prevent a bank run. Venezuela’s runaway inflation is the main cause for the lack of liquidity, and another reason why bitcoin might become more prominent in the South American country.

Economic Conditions enable the use of Bitcoin in Venezuela

For all the economic malaise, the recent limits on withdrawals are just another reason for Venezuelans to consider bitcoin as an alternative. There is no doubt that the $10,000 BS – less than $5 USD – withdrawal limit in a country in which annual inflation is above 475%, can drive people to the brink of collapse. Besides these economic constraints, the Venezuelan government imposed many restrictions on the acquisition of foreign currency.

Venezuela as a Bitcoin User and Producer

Dire economic circumstances and banking restrictions are not the only reasons why Venezuela could become a prominent country in terms of bitcoin use. The government there subsidizes energy costs heavily. This means that fuel and electricity are cheaper than in other countries. A Kw/h of electricity in Caracas costs around 3.1 US Cents. Venezuela has the lowest electricity costs in the region. This makes the country a prime destination for bitcoin mining, thus turning it into a potential producer and not just a bitcoin user.

Nevertheless, electricity supply in Venezuela can be unreliable. Brown-outs are frequent, but gasoline is cheap, which means operating back-up generators is not too expensive. Gas prices in Venezuela are the lowest on earth. A liter of gas in Venezuela costs around 3 US Cents.

Bitcoin thus, can fulfill many roles in the Venezuelan economy. People who can find a way to set bitcoin mining operations there, will benefit personally but if they can scale the effort up, it can help the banks and the country as well. Venezuela and its citizens could benefit from the following advantages if they could scale mining up:

Venezuelans need a solution for their mounting economic troubles. Although it is clear that bitcoin could give them some relief, making the use of bitcoin widespread enough in Venezuela is a challenge. People there will have to buy most of the coins from foreign suppliers, because local mining operations are limited in scope despite enjoying advantages. In the meantime, it seems that most Venezuelans will have to put up with withdrawal limits.