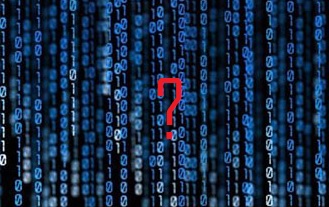 Unfortunately, ever since Bitcoin was invented back in 2008, there have been some malicious individuals and companies that have taken advantage of the enthusiasm to create cryptocurrency scams. The schemes they use might be too clever for those people who don’t know too much about cryptocurrency but still want to invest in altcoins. As a result, many governments have wrongfully blamed Bitcoin or used the scams as a scapegoat to outlaw cryptocurrencies altogether. Recently, there were reports about a mass arrest of 60 people in Bolivia – a country where altcoins are illegal – who were allegedly distributing material about Bitcoin, but might have been trying to scam people. With this in mind, we decided to take a look at the top 5 cryptocurrency scams, to inform our readers and take that bad label off Bitcoin and legitimate coins once and for all!

Onecoin is probably the most well-known of all these schemes. Therefore we placed it right here, at the top of our top 5 cryptocurrency scams. But what is Onecoin exactly and how does the scam work? Onecoin is a ponzi scheme-based token that runs on a private blockchain managed by the Gibraltar-based Onecoin Ltd. Its company raised/stole more than $50 USD million in about one year of illicit sales that happened thanks to a strong Facebook marketing strategy.

The main Onecoin business was selling educational material for trading, or educational packages ranging from 100 Euros to 118,000 Euros that included tokens to mine Onecoin token in Bulgaria and Hong Kong. For this reason, the company claimed that Onecoin was not selling digital currencies but only educational material. Italy and China were the first countries where the scam was revealed with the Italian Antitrust Authority that decided to adopt an interim injunction against the company and its representatives within the country.

The next coin on our top 5 cryptocurrency scams list is the LCF Coin. LCF Coins are making their rounds in China. Currently LCF Coins are in prelaunch stage but without any website or social networks. Conversely, they are promoting themselves through google forms selling more than 600,000 products. That sounds like a scam, and its financial advisory firm, Rothschild & Co, published a strange statement that might serve to indicate that this is indeed a scam. Rothschild & Co warned people not to trust this digital currency:

“This scheme purports to be a fund for investment in relation to virtual currencies and the “Internet of Things” and to pay out money in tranches based on the time people invested. This indicates that the fund is very similar to a Ponzi scheme.”

Centurion Coin also made it into our top 5 cryptocurrency scams list. Thanks to an Italian website called Truffacoin we can properly assess that Centurion coin is a ponzi scheme. Following in the footsteps of Onecoin, the number 1 scam in our top 5 cryptocurrency scams list, Centurion Coin opened a charity foundation. On this website, you have team member names, but the real identity of the people who control this MLM scheme is hidden behind a Dubai company. This “charity” was donating 5 million tokens on the market, but – according to their block explorer – there are currently 50,000,086,400 CNT coins that have been pre-mined in the first block back in December. Doesn’t that sound incredibly suspicious?

Coins are pre-mined and even insta-mined, suggesting that the coin’s initial supply is generated automatically by the developer before the public launch. Miners are not generating supply over time like we are used to. Also, they don’t have a good website and don’t provide any detailed information about the coin and its volume. In a decentralized world, this is way too suspicious for investors.

S-Coin (Coinspace) is the last one in our top 5 cryptocurrency scams list. It works like Onecoin because the company provided an unsustainable gain plan. Coinspace was selling 12,000 packages of tokens, but their value was not attached to any entity and without the basic tenets behind supply and demand. This one has all the scam signs right there for you to see.

How to Protect yourself from Cryptocurrency Scams

We talked about only five scam coins in this post, but there are many more. Since the world of cryptocurrency is decentralized, we have a bigger responsibility to find and report these cryptocurrency scams. We can also help you avoid them. If you want to keep your funds safe from a cryptocurency investment scam, you should use this website to read if it is already listed as a scam. Needless to say, you should be careful with ICOs and unknown companies that sell tokens on the web. Read as much as you can and ask around before you invest, and make sure you consider the following:

Hopefully this article will help you and the people you know identify the scammers, and will also help Bitcoin and legitimate cryptocurrency projects maintain their image as helpful tools.