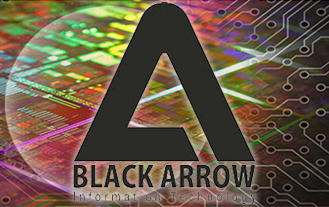 Blackarrow Conferences specializes in organizing high profile conferences for senior management in various industries. It was founded in 2010 and it is based in India, where it also became a prominent JV partner for leading international conference producers looking to go into the market in this country. Blackarrow is now venturing into the world of bitcoin and blockchain conferences, with the Blockchain Technology & Cryptocurrency Conference in Jakarta, Indonesia.

We interviewed Sarfraz Patel – CEO of Blackarrow Conferences –  and Suasti Atmastuti Astaman – Business Development Manager at Bitcoin.co.id – to find out more about Blackarrow and its interest in bitcoin and blockchain in Indonesia. The responses below are the sole opinion of the respondents and do not reflect any opinion of a group or community. These views should not be confused binding facts. The responses are solely based on individual opinions. These could be slightly inaccurate or outdated compared to the latest news or the majority opinion in the bitcoin space.

Bitcoin Chaser: Blackarrow organizes many kinds of conferences, why focus on bitcoin? Why now?

Sarfraz Patel: I myself am personally intrigued by bitcoin, the world’s newest and potentially most powerful currency. Bitcoin became the first decentralized cryptocurrency, from which hundreds more cryptocurrencies have been derived. Bitcoin has been riding an unbelievable journey since its origin in 2008, reaching towering peaks and crossing obstacles before finally becoming a mainstream concept. Hence it was my decision to focus our conferences on this new age currency which is changing the way we used to transact and do business

Bitcoin and the Unbanked

BC: The bitcoin sphere has been criticized for not delivering on its potential to provide services to the unbanked. What do you think can be done to change this situation or this perception?

SP: Most of the people who have embraced Bitcoin are from the affluent communities & they have adopted Bitcoin as a currency for hedging purposes, or to save on costs or just because it’s the ‘in thing’ everyone is doing. But this digital currency which can actually help the unbanked population of the world, is inaccessible to this population. But there is a challenge, the way to earn this currency is by mining OR you have to purchase it by fiat currencies which involves a bank in mostly all countries. So if the unbanked population does not have a bank account, from where will they buy this currency? This unbanked population is mostly in rural areas where there is no proper internet connections, and the way to use or deal in Bitcoin is ‘online’.

So, I don’t think it is fair to blame the Bitcoin sphere for not delivering to provide services to the unbanked. It will take a much greater effort by all stakeholders to ensure that Bitcoin reaches the unbanked in the very near future.

The Status of Bitcoin in Indonesia

BC: With regards to Indonesia, what is the legal status of bitcoin in this country?

SP: The legality of Bitcoin is a very hot topic in any part of the world. In some countries it is legal, in some partly legal and in others is illegal. As for now, in Indonesia, bitcoin is partly legal or legal in some states.

BC: Do you think bitcoin complies with the rules of Islamic banking and finance that some in Indonesia would like to have?

Suasti Atmastuti Astaman: Compared to cash, Bitcoin actually has more traits that fits the category of money in Islamic law, and it is sharia’s compliant as explained in this article and this one too. I am not quite informed on how the Islamic banking work, but I agree with the points made on the previous articles.

Blackarrow on Bitcoin Scams and Ponzi Schemes in Indonesia

BC: The BTCC Conference will address the issue of scams and Ponzi schemes involving bitcoin. Have you seen a considerable amount of bitcoin scams in Indonesia? If so, can you explain briefly how they work?

SP: One of the major objective of the conference is to advise people not to be caught by quick money making schemes which are generally Ponzi schemes. We are working with a couple of speakers to do some case studies on this topic as well.

SAA: Yes, there are several cases of Ponzi schemes happening in Indonesia, mostly in the form of multi-level marketing or high yield investments program. They usually target people who have never heard about Bitcoin before, and promise them thousands of dollars investment in return if they store their Bitcoin with the company.

BC: When people think about South East Asia and important financial centers, they might think about Kuala Lumpur or Singapore. How do you think Jakarta could take the lead when it comes to blockchain, bitcoin and cryptocurrencies?

BC: How can blockchain technology as a whole help transform the economy in Indonesia?

SAA: The transparency and the efficiency that the technology offers will surely help not just our financial sector, but our government system as well, for example to build a better voting system. Blockchain can be applied to help banks perform remittance better, offer detailed, cheap and tempered proof transparent ledger to their customers, and do smart contracts.

BC: Do you see the possibility of a blockchain powered Indonesian Rupiah in the future?

SAA: Most countries are planning to go cashless, sooner or later, and I think Indonesia will become one of them as well. It’s just more efficient, cheap, and easily traceable. But will Indonesia create their own digital currency using the Blockchain technology? I am not sure, but I bet they will create a form of digital money, one way or another.

BC: Besides the benefits to the unbanked, how would wide-spread bitcoin adoption in Indonesia help the country?

SAA: Small merchants can take advantage of Bitcoin, I think. If they can receive payment easily from overseas customers without huge fees pulling their feet back, their markets will grow. Literally anyone with smartphones can be paid with Bitcoin, and can convert the Bitcoin to their local currency. The fee would be nearly nonexistent and the community will just promote their stores for free, just because they accept payments in Bitcoin.

BC: Given the cross-roads that bitcoin is at right now, with the whole SegWit vs Bitcoin Unlimited controversy and a potential hard fork coming, how can the Indonesian bitcoin community play a role in the resolution of this conflict?

BC: In terms of other projects like Ethereum, how exposed is Indonesia to dapp development on that network?

SAA: Well an exchange like us, provides platform for people to trade Bitcoin to Ethereum and personally I also know some of my clients that mine it. I don’t know about the development side, though.

BC: Would you say that Ethereum will eventually be more popular in Indonesia than Bitcoin? Why?

SAA: Maybe, if it’s proven that Ethereum’s price provides more benefits to the users. Most of our members are traders and they like making money from crypto trading. As long as Bitcoin is still more ‘exciting’ to trade, I don’t think they’ll move to any coin soon. But there has been quite a huge demand coming from Ethereum fans here in Indonesia, and our Ethereum market has been growing well too.

BC: How can the Ethereum project help transform the Indonesian economy?

We do not have enough knowledge about this yet so we will not comment.