Explore the potential of Bitcoin’s transformation into an Islamic finance tool. 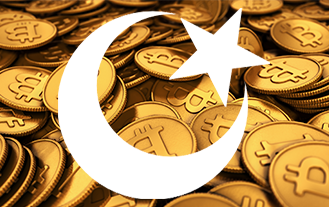 One of the most interesting aspects of a new technology is that it can be used in multiple ways, many of which were not necessarily foreseen by the innovator. Bitcoin is probably one of the most salient of examples. It has created a prolific community of developers and has drawn the attention of experts from a variety different fields. These developers and experts, have taken bits and pieces from Bitcoin and have applied them to a myriad of other areas. However, the potential of Bitcoin’s transformation into an Islamic Finance tool has not been as widely explored as other possible applications. Given that Islamic Finance is one of the fields in finance with the biggest growth potential, it is necessary to explore how Bitcoin can take it to the next level.

Islamic finance works based on the premise of shared risk and the prohibition of usury. Therefore debt takes on a different form. People seeking halal loans, to buy a house for example, would be entering an agreement under which ownership of the asset does not belong to them. They would have to enter into a partnership with the lender and discuss a price at which the asset will be bought. The agreement can include payment by instalments, and in such a case, buying a house under the rules of Islamic Finance, resembles a rent-to-own agreement.

In comes Bitcoin, which enables transactions and any such agreements without having a built in depreciation factor and interest requirements like fiat currency does. Moreover, bitcoin is generated by a mining process that requires the investment of resources proportional to its value – at least in theory; fiat currency is just printed or added as information on computers according to the needs of the central bank or even the government. These characteristics make bitcoin a currency that is much more compatible with Islamic finance principles than fiat.

The benefits that Bitcoin brings to the world of Islamic finance, far surpass its use as a currency or as a medium of exchange. In fact, distributive ledgers and other elements of the Bitcoin network like blockchain technology, can enable the creation of smart contracts. These contracts can help facilitate halal loan arrangements, by locking in the terms of the deal. The automated contract would, for example, automatically transfer the ownership of a house to the tenant, once there is enough money put forward towards the escrow. This would enhance the whole process and ensure that loan agreements are carried out according to Islamic principles without getting other parties involved.

Islamic principles, and more specifically the Islamic legal tradition, also follow a custom through which actions are either prohibited or allowed on the basis of whether they serve the common good. This concept is called Maslaha, which is another realm in which Bitcoin can make further inroads in the field of Islamic Finance. Bitcoin, for example, has the potential of providing banking services to those who do not have access to them, almost for free – considering that transaction fees within the network are negligible. This allows the ‘unbanked’ to pay (send funds) and get paid (receive funds) without having to pay the banks or any middleman.

Bitcoin is definitely a system that has multiplied the options available to those seeking halal financing, although it was not at all created to do so. In fact, many of its libertarian users would disagree with most of the tenets that Islam upholds. Nevertheless, when it comes to matters of finance and economics, it seems that the common ground between libertarians and consumers of Islamic Finance is sizeable. These two groups of people should work more closely together to further their goals and service the public that is looking for halal financing, in order to create a wider Bitcoin driven Maslaha.