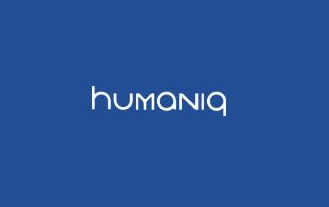 The world has billions of people who do not have access to banking services. In order to enjoy most of what many of us take for granted, like buying and selling products and services on any given portal or website, people must have some kind of banking service. One of the potential applications of bitcoin precisely is to allow people to act as their own banks through a P2P money transfer service. Bitcoin however, has not achieved the degree of impact needed to allow a significant amount of unbanked people to become their own banks. Humaniq aims to turn this reality around using a more developed token – on the Ethereum network – that focuses exclusively on solving this problem. The Humaniq token – HMQ – was recently released on an ICO, so we decided to interview the developers to get a better sense of how their solution will work.

Bitcoin Chaser: How did you start working on Humaniq and when did you realize that you could solve the whole issue of access to financial services for the unbanked?

Humaniq: The awareness of the challenges facing the world’s unbanked people came to me after an interview with Vitalik Buterin, who had already been thinking a lot about solving problems of crypto & global economies by involving  the unbanked areas. After a few months the idea has gained a precise shape: Humaniq’s 4.0 banking, a mobile application with 3-step biometric ID, and as a consequence – the equal emission of HMQ tokens among users.

BC: From the white paper we can see that anyone can produce a certain amount of tokens just by registering, conducting some identity authentication requirements and referring friends. The amount of tokens any given person can create is limited. How will a Humaniq-based economy look like when you reach peak token creation?

HM: According to our calculations, by the time the issuance of new tokens for users stops, the value of  Humaniq’s network will be huge.  Major services and social  networks will join the project. They will offer rewards for user’s activities. We expect this success because Humaniq is going to become the world’s first database consisting of real people rather than bots, thanks to biometric ID preventing one person from creating multiple accounts.

Understanding Humaniq and the Economics Behind it

BC: If you look at Humaniq from a classic macroeconomic perspective, would you say a Humaniq economy is an inflationary or deflationary one? Why?

HM: Humaniq is utilizing a deflationary economical model. We were considering the possibility of an infinite issue, but finally decided to avoid it.  We realise that by the end of the day we may face some problems with loans. On the other hand, deposits and insurance will be much easier to implement. It is wrong to think that unbanked people don’t know how to save the money. The problem is that all their savings depreciate too quickly, due to currency devaluation.

HM: I don’t really get why someone wants to understand in every detail how Humaniq works. Most people who fly on airplanes don’t have any idea about how the engines work. That is why we are developing an application which is understandable even to users who are unable to read

The key is that the app will be simple to use. Biometric ID for registration and verification of transactions, and an image based interface rather than text based, making it very easy and inexpensive to introduce the app to regions and countries with wide variations in written languages and literacy.

BC: How does security work in the Humaniq network, is it all based on Ethereum’s resistance to threats like 51% attacks?

HM: Yes, Humaniq is an Ethereum-based project. We are using the ready-made security solutions currently available for Ethereum. We believe that Ethereum is a very promising network in terms of development.

BC: How do you protect Humaniq users from identity theft?

HM: This is one of the most frequently asked questions. The security will be provided by AI neural networks combined with blockchain transactions. For better safety a blind signature & sharding can be implemented. We have already started uploading the code on Github and will continue doing that, so that people interested in the project are able to share their thoughts with us.

Investing in Humaniq and Future Prospects

BC:How can you convince a potential ICO investor with limited resources to invest in Humaniq’s ICO as opposed to another project? How do you reduce the opportunity cost that the investor is facing?

HM: Our project is revolutionary indeed. I am not really sure it can be compared with any other. Humaniq can neither be compared to the Wings project’s platform nor to WeTrust company, which seems to have the same goal as we do, but does not offer any new technological solutions.

How to ensure the token’s cost growth?  Metcalfe’s law states that the value of a telecommunications network is proportional to the square of the number of connected users of the system. In simpler language, the bigger the network, the more valuable it is. Our network is going to grow really fast thanks to our revolutionary emission model.

BC: Which major breakthroughs do you see Humaniq achieving in the first 2 to 3 years after the ICO ends?

HM: We will continue working through any legal issues in developing countries, integrating  virtual cards, FinTech start-ups, and decentralized architecture R&D. We are going to spread our services through all major unbanked regions and start cooperating with local entrepreneurs bringing them into the global economy. We believe that  by 2019 the involvement of European businesses in our project will be  in the exponential growth stage.

BC: Which are the biggest obstacles towards a higher rate of Humaniq adoption?

HM: The biggest obstacle for the development is  a  network’s scalability. It’s one story when Blockchain is utilized by 10 million users and quite another   when the amount goes into the hundreds of millions. Like many others, we are looking  forward for Ethereum to move towards a faster PoS algorithm.

BC: Which regions/countries do you think will lead in terms of Humaniq adoption?

HM: For quick development in unbanked regions we are creating a Humaniq local ambassador network. At the moment we are developing these networks in Africa and India.

BC: Do you think that if your project succeeds, it will face opposition from governments since it will essentially replace government regulated/controlled/overviewed economies?

HM: We are trying to make the system as open as possible. We are ready for cooperation with local authorities without violating the rights of users. Some of our ambassadors have already started to establish relations with the governments of their countries.

BC: Can Humaniq be potentially co-opted by any powerful entity/government/investor group?

HM:  Of course this is not more likely than any Bitcoin project. Our emission model makes it quite difficult for individual investors to seize large stakes in the project post-ICO.

Convertibility and Other Services

BC: Can you please elaborate on how you will tackle the issue of convertibility to local currency, given the fact that most potential Humaniq users use cash as a medium of exchange or even engage in barter?

HM: In fact sometimes unbanked people don’t even have cash. But due to our emission model the user can quickly compensate the price of the cheapest smartphone ($ 10-15) and connect to the global economy, get in touch and offer their services in other countries. We believe that the explosive spread of smartphones in unbanked regions will help users to exchange tokens for all types of work directly with each other. It was was one of the missions of Bitcoin mission which hasn’t come to life so far.

BC: Will you be offering other kinds of services for those who are currently unbanked, besides access to banking? Will we see Humaniq-powered insurance policies or investment products for pensions powered by Humaniq for example?

HM: We are definitely going to expand our service offerings. We are expecting a number of partners with Ethereum-based apps to join us in the nearest future. We are providing the best two-way communication platform for unbanked regions with the global economy.