The controversial SegWit2X fork apparently has a competitor that capitalized on its brand and forked from the Bitcoin chain at block 501451. This fork has interesting implications for the markets. 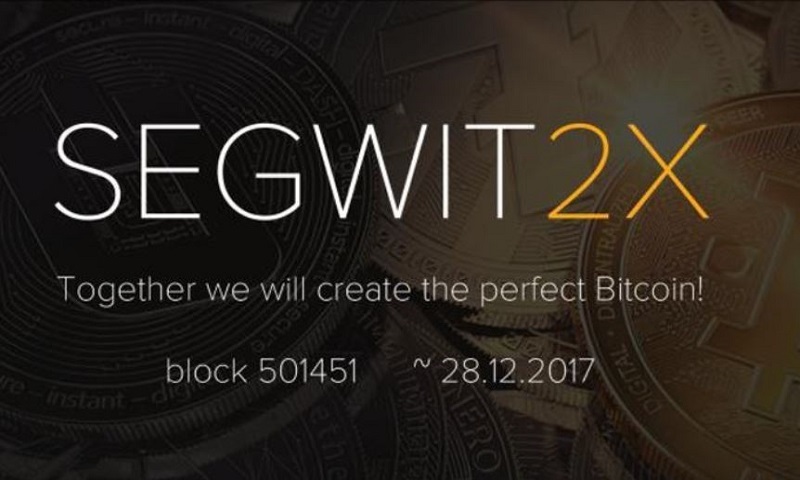 A little-known fork with a widely known name, took place on the Bitcoin chain on December 28th, 2017. The new SegWit2X fork took place at block 501451. This fork was not supported by the NYA signatories and the make up of its development team as well as the professional background of its lead developer, Jaap Terlouw, are still a bit of a mystery. This fork’s GitHub was also created recently, just 10 days ago to be more precise. That is only 2 days after the December 16th announcement on the creation of the fork.

Appropriating a Name, Implementing a Different Kind of Fork

This announcement took the cryptocurrency space by surprise. Once it was clear that NYA participants did not trigger this version of the SegWit2X fork, other curious characteristics about this new coin emerged. The first noticeable difference is that the name misrepresents the characteristics of the coin itself. This SegWit2X should actually be called SegWit4X, because it quadrupled the size of the blocks, taking them up to 4mb instead of the NYA stated goal of 2mb. Nevertheless, the creators of this coin managed to capitalize on the more popular name, and might be able to take the B2X ticker symbol with them as well. Here are some other characteristics of this SegWit2X version:

Although this fork has very little in common with the NYA SegWit2X proposal, its developers implemented the necessary changes to defuse the controversy over the original 2X fork. With replay protection and unique address formats, the developers managed to fork in a responsible manner, without generating controversy. This is a positive development, which coupled with the claim on the SegWit2X brand, may have a positive effect both on the popularity of the new coin and on Bitcoin itself.

The fork will not generate the kind of controversy that the NYA fork generated, which resulted in the NO2X campaign on social media. This might make it more palatable to Bitcoin holders, who should get an equal amount of coins on the forked chain. On the other hand, by taking the SegWit2X moniker, NYA will have to push the restart button on its branding effort, should it resume its campaign to implement the original 2X agreement. This should also benefit the NO2X camp.

The Future of B2X

The rest will be up to the markets to decide. Investors and holders should consider that 28% developer control over the total number of coins as well as further deviation from fundamental Bitcoin characteristics – encryption algorithm, block times and difficulty adjustment. At press time, B2X futures were trading at 0.023609 BTC according to Coinmarketcap, the coin was ranked #1081 in terms of market cap on the same site, and it is being traded on YoBit and HitBTC, although that information seems to refer to the NYA version from 2 months ago.