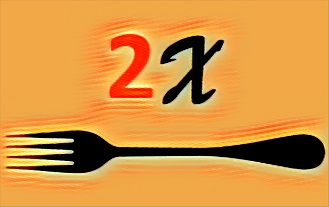 Bitcoin infighting did not end with the BCH fork two months ago. The saga over the future of the network and payment scaling continues with the SegWit2X fork dawning on the community. Some would argue that this fork is not relevant, since SegWit was already activated and a new cryptocurrency with bigger blocks but no SegWit already hit the market. The SegWit2X agreement was designed – at least in part – to prevent the split that brought BCH into the market. Therefore, logically at least, there shouldn’t be a reason to deploy a SegWit2X hard fork, but then again, SegWit is supposed to be a malleability fix and not a scaling one.

Spare me the Technical Details About SegWit2X Fork and Let’s Talk Economics!

This is exactly the point at which the debate starts getting technical. We will leave all the technical aspects of the SegWit2X fork to those who specialize in technical issues. There are a few critical implications about the fork itself that are crucial on the economic side. This is the side of the SegWit2X fork that we will focus on and these are the implications that could affect it:

The economics of the SegWit2X fork become more complex when considering the incentives of the miners, companies and users. As of now, an overwhelming majority of miners support 2X. Around 94% of the last 1,000 blocks mined support the 2X proposal. Bitcoin.org, however, has reminded all of us once again that miners do not “rule” the network. The focus then goes onto nodes – users – but there is still a risk that many other economic actors apart from miners will support SegWit2X. If the companies that signed the NYA stay the course and support the SegWit2X fork, users who do not support the fork could be forced into a corner.

This makes the post fork situation a complicated one. The market will ultimately decide which is the real bitcoin by virtue of usage and acceptance, but this might not be as clear cut as it was with the BCH fork. While some signatories of the NYA have since withdrawn their support, there is still a substantial number of economic actors that can become market makers, supporting 2X. It will all come down to the incentives, but in the meantime, bitcoin prices can suffer.

It is therefore prudent for users to prepare themselves for the fork just like they did for the August 1st UASF. Users need to take control over their private keys ahead of the possible split. This fork might not become a ‘dividend’ like the last one, so it is important for each user to decide how much risk they are willing to take. Following the fork, prices might be affected and transactions could be slowed down if a significant part of the miners move onto SegWit2X – 94% of them are supporting it already – prompted by the declared support from all the potential market makers.

The Solution That Became a Problem

Evidently, despite the BCH fork it is clear that bitcoin is not out of the woods yet. All those Twitter users who were happily declaring that August 1st would be Independence Day failed to take the SegWit2X fork into account. The Silbert Agreement – NYA – did not go away and now it is hanging over the network. This compromise designed to prevent the first split and provide an alternative to the turmoil is now bitcoin’s main source of endogenous instability. It seems that SegWit2X is the solution that became a problem, and regardless of its objective relevance, it could end up pulling bitcoin prices down. Hopefully as the late November fork deadline approaches, the picture will become clearer.