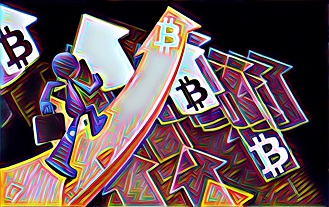 Over the past week, bitcoin prices have been through the motions to say the least. Prices reached a multi-week low of $1,851 USD on Sunday, just to rally to a $2,860 USD mark on Thursday. This kind of volatility – bitcoin prices rose by 54.5% over 5 days – is due to market expectations about the implementation of SegWit. The market is effectively responding to encouraging news this week about the activation of BIP91 via block signaling. The notion is that if BIP91 locks in, in about 2 weeks, then the network will avert a much more forceful SegWit activation via BIP148. Nevertheless, there are no guarantees that this will happen.

Activating BIP91 and Locking SegWit in

Most people know that Bitcoin Core developers came up with a User Activated Soft Fork – UASF – proposal via BIP148. The threat of this soft fork could force the hand of the miners, thus pushing SegWit through, but BIP148 generated a lot of uncertainty in the markets. That is the main reason why bitcoin prices started to fall. Markets changed their trend over this past week when BIP91 activation – part of the NYA or Silbert Agreement – gathered steam. BIP91, if implemented, could help avoid the UASF threat. Nevertheless, there is no guarantee that SegWit will be locked in through BIP91.

To understand why this is, here are some basic conditions that BIP91 must meet to get SegWit activation. The caveat is that BIP91 depends on the willingness of the miners – some of which opposed SegWit altogether in the past – whereas BIP148 depends on the users – nodes. Here is a list of those conditions:

Not out of the Woods Yet!

Although SegWit supporters and markets alike find the news about BIP91 signaling encouraging, it doesn’t mean that Bitcoin is out of the woods yet. BIP148 set a hard deadline for SegWit activation and signaling can be overturned. This means that miners who do not like SegWit can still retract their support and SegWit will not lock in via BIP91. On the other hand, BIP148 might still go through if SegWit doesn’t lock in on time.

Don’t Just do Something, Read More!

Until we can see that SegWit will lock in on time and the Bitcoin network can avert BIP148, the most responsible thing to do is to keep your eyes open. Keep on reading, keep on informing yourself, be critical of anything you read and get your information from a wide variety of sources. Then decide where you stand, and keep in mind that market rallies like the one we saw this week do not guarantee anything.

Litecoin SegWit activation is a helpful point of reference. Much like bitcoin now, Litecoin activated SegWit through miner signaling. Nevertheless, once SegWit locked in after that 2-week activation period, Litecoin prices declined. This doesn’t mean that bitcoin will necessarily follow that path, but it is helpful to keep that in mind, as well as the fact that all the information that brought bullish sentiments back and are buoying bitcoin prices right now, should be taken with a grain of salt.