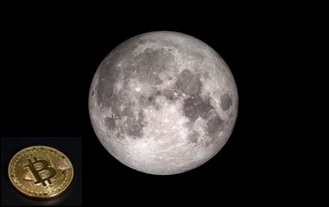 Bitcoin might be one step closer to a resolution on its scaling issues. SegWit2x signaling went above the 80% mark today. This means that the network is now closer to activating and locking in this solution, which would satisfy a diverse set of key actors along the spectrum. Nevertheless, there will be no collective sigh of relief just yet. Bitcoin SegWit2x signaling is an encouraging first step for most, but that is the caveat. It is just a first step and it is encouraging for most, but not all.

Bitcoin Core is not a Part of the SegWit2x Agreement

Bitcoin Core for example, did not attend the New York meeting in which the SegWit2x – NYA or Barry Silbert Agreement – was signed. Bitcoin Core might oppose the 2x part of the SegWit2x agreement altogether. NYA activation might not guarantee that 2x blocks will come to fruition either. The Barry Silbert agreement stipulates that after SegWit activation, there should be a hard fork to increase block size. Jimmy Song’s post explores these questions, but offers no definitive answers because there is no way of knowing what exactly will happen.

SegWit2x Signaling Must Lock-in and Activate Before Anything Else Happens?

Bitcoin users will know more once SegWit2x signaling moves a step further. In the meantime, the network reached the 80% signaling threshold. If signaling moves forward, BIP148 might become redundant as well, but this is not yet certain. Users must keep on monitoring the situation, consulting reliable sources. In the meantime, BIP148 supporters can continue signaling; after all, there is no guarantee that the SegWit2x solution will go through or that the necessary software will be ready on time to avoid BIP148.

Time is of Essence

Timing is indeed one of the crucial issues here. Everything, from the Silbert Agreement to BIP148 hinges on certain time frames. Here are some examples:

These are some of the reasons why we will have to wait for that collective sigh of relief. The next key variable to watch out for is Bitcoin Core developers’ reactions to what is happening. In the meantime, markets seem to be reacting favorably to the news. Bitcoin prices are at $2,700 USD at press time, and could make further gains before the day is over. That is the one way in which the clock is rewarding bitcoin investors and users, regardless of their views on transaction problems and scaling issues.