ECJ Fills in the Policy Gap: No VAT on Bitcoin Purchases 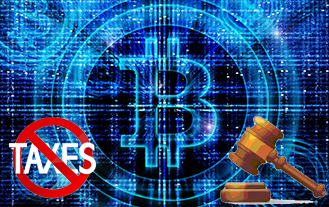 The European Court of Justice ruled earlier today that the purchase and sale of Bitcoin through exchanges within the European Union are exempt from VAT. This comes after EU members had been implementing different VAT taxation policies on the purchase and sale of the world’s best known cryptocurrency. The ruling is certain to add to the controversy surrounding Bitcoin regulation, especially since US regulators decided it is actually a commodity rather than a currency, a position the ECJ does not share as far as Bitcoin exchanges are concerned.

There is no doubt that Bitcoin behaves as a commodity but it is used as a currency. The ECJ is considering in its ruling that Bitcoin is in fact is being used at Bitcoin exchanges as “a pure means of payment for legal tender”. This means that taxation on other fronts such as capital gains tax when an individual acquires Bitcoin and sells it after it has appreciated, should still be applicable. However governments will find it difficult to tax such gains in any case, adding to the policy quagmire. Some degree of policy convergence should be expected in the future. Hopefully this convergence will come after the public has enough clarity on the matter.

Regardless of policy convergence or divergence, the public has more important questions to address. Beyond the doubts about whether governments will be able to tackle all Bitcoin related taxation and policy issues, this specific ruling by the ECJ serves to underscore a governance deficit. Governments around the world are failing to take the proactive measures necessary to tackle these questions through legislation and regulation, leaving the courts and litigators enough leeway to fill in the gaps. Every EU member will be forced to comply with this ruling. This creates a certain degree of democratic deficit insofar as policy formulation is concerned, especially since legislative bodies have so far failed to address the issue.

Deciding whether Bitcoin is a currency or a commodity, or if it is a mixture of both, is in the public’s best interest. Legislation should fill in the gap and determine whether Bitcoin should be treated differently depending on the nature and the goal of the transaction. Bitcoin is a tool that is supposed to increase the level of freedom in the market and prevent brokers from taking fees for financial transactions. Its goal could be jeopardized if people let courts dictate how those financial transactions should be classified.