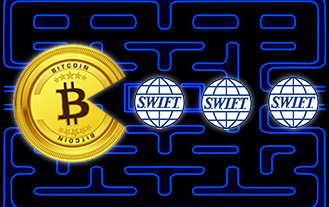 Hackers stole $81 million USD from the central bank of Bangladesh apparently by hacking into the SWIFT financial platform, according to BAE Systems contractors. This latest hack serves to highlight the vulnerabilities of the international financial system, and how blockchain technology and bitcoin developers may have the right answer. Blockchain powered transactions are theoretically impossible to hack by creating fraudulent transactions, which was exactly what happened in Bangladesh.

According to Reuters, the hackers basically created malware that forged payment instructions on the system. Apparently this was only one tool of many that the hackers designed to hide their tracks. Insofar as the method used to steal the $81 million USD is concerned, the investigation does not explain how the fraudulent orders were generated and processed in the system. This is probably due to the fact that both SWIFT and BAE would like to keep that information to themselves in order to prevent a wider more detailed disclosure of the existing vulnerabilities in the system.

These are some additional facts about the hack as stated by Reuters:

Bitcoin and Blockchain Could Prevent the Next Attack

The attack was basically carried out by changing information on a SWIFT data base that tracks information about transfers. A blockchain powered transfer system like Bitcoin could have probably prevented such an attack, since any forced change would require control over the whole network or at least a significant part of it – 51% attack. Moreover, the transactions recorded in the blocks can be traced to the origins and investigators can do their forensic work to find the funds in a much more effective manner on a blockchain.

Thanks to Bitcoin and the blockchain, the international financial system can now get rid of all these weaknesses by building its own blockchain. Although this change will probably take time given its scope, it is pretty much inevitable. There is no doubt that Bitcoin is a safer network than the SWIFT system and it has many other advantages. In the meantime, Ripple is taking the lead, introducing blockchain solutions for banks into the international financial system. Unfortunately for the Central Bank of Bangladesh, the change will not come soon enough.