The deal will last throughout the 2022/23 Premier League season and see Duelbits appear around Villa Park. 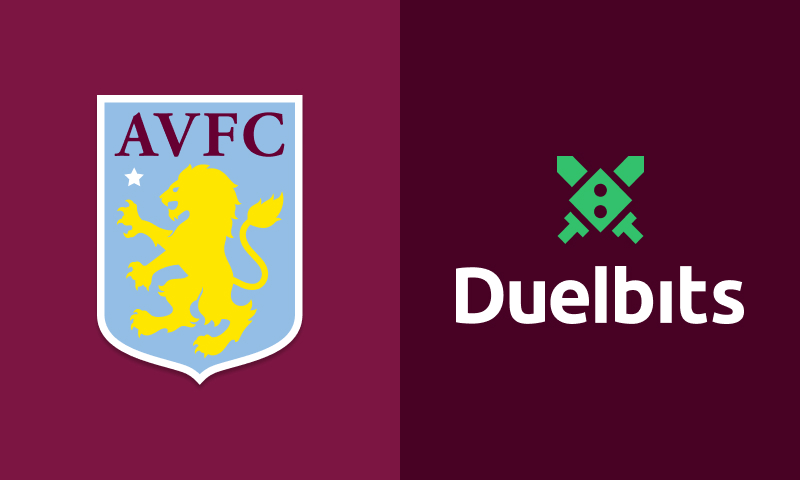 Aston Villa Football Club have signed a partnership with Duelbits, making the cryptocurrency sports betting platform the Official European Sports Betting Partner for the Premier League club throughout the 2022/23 season.

The move by Duelbits into the Premier League is going to draw attention from football fans in England and worldwide. The deal will see Duelbits promoted around the pitch at Villa Park, where Aston Villa play in front of a home crowd of up to 42,000.

The Premier League draws a massive televised audience. 40 per cent of the UK population tuned in to the coverage during the 2020/21 season. This is on top of far greater number internationally, with a viewer base stretching across the globe.

Aston Villa has fan clubs established around the world as well, with groups getting together on game days as far afield as the United States, Thailand, and Finland.

The move by Duelbits will is aimed to grow their newly released sports betting platform. At Duelbits you can bet on sports including football, MMA, and golf, as well as esports such as CS:GO.

To coincide with the new partnership, Duelbits are running an Aston Villa promotion that will see any bettors who place a single or multi bet on Aston Villa on the 1×2 market in any Premier League fixture the chance to walk away as a winner should Villa take the lead at any point during the game.

“Whilst we are a young brand, we wanted to be associated with a historical club, creating a great mixture between heritage and new generation sportsbook. We are extremely excited and honoured to support such a legendary club, and we are sure this great mixture will be particularly engaging for our users and Aston Villa fans.”

It is easier than ever to bet on the Premier League with cryptocurrency. There are more gambling sites appearing all the time, as well as more sites that traditionally offered casino games beginning to open their doors to crypto sports betting.

Last year saw the iGaming provider SoftSwiss, who power popular casinos such as BitStarz and BetChain, integrate a sports betting option to their suit. And with platforms like as Duelbits adding sports betting options, things look bright for sports fans looking to bet with crypto.