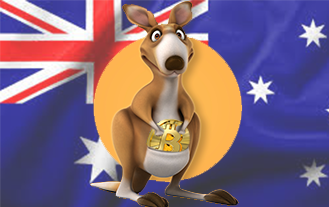 FinTech became a buzzword that catches the attention of media outlets and captures the imagination of millions. Behind the concept, lies a diverse field of nascent technologies that need to be properly understood and nurtured to maturity. Thanks to Bitcoin and its decentralized distributive ledger, the blockchain, FinTech has gained more notoriety. However few governments have fully opened up to the challenge of creating a positive environment in which these technologies can develop. FinTech start-ups can start changing the face of the world of finance as we know it, but they require proactive engagement and regulatory clarity. The Australian government, along with the ASX and other entities have identified the opportunity and are keen on making FinTech more than a buzzword.

That clearly goes a step beyond the EU and the US. In the EU it was the ECJ that had to issue a ruling on the use of bitcoin as a currency for currency exchange purposes. Until then every European government had been taxing bitcoin exchange differently. This also exposed the lack of initiative from European governments and regulators at every level to tackle the issue. They should take a cue from Australia and strive to provide clear rules for all.

In the US, the CFTC decided to regulate bitcoin as a commodity for investment purposes. This was a step in the right direction as far as bitcoin is concerned. However, with more than 700 digital currencies in circulation, it just creates a hole that will have to be addressed again in the not so distant future. The Australian government seems to understand this well, and its regulatory efforts will provide a framework for all digital currencies.

Another different aspect of FinTech in which the Australian government in general and the ASX in particular are taking the lead, is blockchain technology development. The ASX – Australian Securities and Investments Commission – has recognized that blockchain based trading has the potential to simplify transactions as well as making them more efficient. In fact, the ASX has already invested $14.9 million AUD to acquire a 5% stake in Digital Asset Holdings LLC to develop distributive ledger technology for the ASX. This puts the ASX head and shoulders above its peers elsewhere in the world insofar as blockchain adoption and integration are concerned.

The Australian government’s stated goals with regards to FinTech in general, and digital currencies and blockchain in particular, have created a golden opportunity for Australia to become a FinTech leader. The Australian government was particularly nimble, open and receptive of change. This will also create an opportunity in the future for it to provide aid or consulting services to other governments wanting to make the leap into the future of finance.