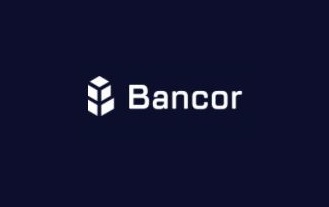 Over time, many developers in the blockchain arena tried to launch a mechanism to enable cross-chain trading. Many of those projects are promising, but Bancor might just beat them to the market. The concept behind this token might even prove to be more valuable than that. It could take a piece of the market from cryptocurrency exchanges as well. To find out exactly how its development team will implement this revolutionary concept, we decided to send them a short email interview. Here is what we found out:

Bitcoin Chaser: Your smart token proposal is very interesting and well-articulated, so first of all, on behalf of Bitcoin Chaser we would like to congratulate you for it. Now we can get into the specifics. How did you come up with this idea and what led you to launch it now?

Bancor: The idea behind Bancor was inspired by the ‘Bancor Proposal’ made by John Maynard Keynes in 1944 to create a supranational reserve currency. Our method is quite different, benefiting from the invention of the internet and blockchain technology since then. But the original vision of creating a universal reserve currency to help facilitate trade and balance among currencies of different sizes and attributes, is true in both.

The Smart Token and its Functions

BC: Bancor’s smart token basically offers to “tokenize” cryptocurrency exchanges. How would it coexist with all the exchanges that are operating now? Would you consider your project to be an exchange killer?

Bancor: We do not have the intention to be an exchange killer, but rather offers an additional and in some cases superior method of exchange for diverse currencies using a next-generation technology (reserve balancing) made possible by smart contracts. Standard smart tokens (with a CRR less than 100%) will benefit from being continuously liquid even at low trade volumes and before/unrelated to being listed on exchanges. Token Changers (with a CRR of 100%) have the advantage of being owned pro rata directly by their holders, potentially fee-less (though some may charge fees, we anticipate these being competitive), and of being always liquid no matter the trade volume, as well as decentralized & trustless.

BC: There are a few blockchain projects working on inter-chain functions i.e. trading coins and tokens that do not belong to the same blockchain through a side chain that would connect them. How do you view these projects considering the Bancor smart token?

Bancor: Our intention is to make Bancor cross-chain so that all blockchain technologies can benefit from smart token technology which has powerful implications for new currencies on any platform.

BC: How would the smart token contain underlying digital assets that belong to different blockchains within it?

Bancor: We expect to see increasing tokenization of non-ERC20 assets (including physical) into ERC20 tokens which can be used by the Bancor protocol as additional reserve tokens.

BC: The smart tokens can either be traded or liquidated. Beyond the realm of theory and speaking practically, would you expect arbitrage opportunities between the trading and liquidating function on certain tokens given that the markets will have to react to the changes?

Bancor: Arbitrage is a key aspect of how the Bancor protocol is going to work. These balancing forces are what keep prices of smart tokens & their reserve tokens congruent with their prices in external exchanges and between different smart tokens holding the same reserve tokens. Even bots can be programmed to do this by trading to make profits on any price discrepancy until there isn’t a profit to be made (and therefore there isn’t a discrepancy). We anticipate community members will be eager to take advantage of this role which is ultimately harmonious for the network at large.

BC: Wouldn’t smart token liquidity depend on the “aggregate liquidity” of its underlying tokens?

Bancor: BNT holds ETH in its reserve, and will always be exchangeable for ETH through its smart contract. So BNT will be (at least) as liquid as ETH is.

BC: When users liquidate their tokens, will the process resemble a trading bot making simultaneous transactions on multiple blockchains?

Bancor: Liquidating BNT is similar to selling BNT on an exchange for ETH. Only here, you are not being matched to a buying party, but rather selling your BNT directly back to the smart contract, in exchange for its current algorithmically calculated price in ETH. Same goes for every smart token on the Bancor network: they’ll be exchangeable for any token in that smart token’s reserve (and, as long as one of those reserve tokens is BNT, exchangeable for any token on the entire Bancor network).

BC: If BNTx tokens can be created and destroyed (liquidated), will there ever be a hard cap on Bancor token creation?

Bancor: There will never be a cap on the supply of BNT tokens as anyone can always buy them from the smart contract at which point they are newly issued to the buyer. This, however, is non-dilutive, because any such purchase corresponds to an increase in BNT’s ETH reserve & therefore results in a value increase for BNT according to the pricing formula. You can learn more about the math behind the pricing mechanism in the whitepaper.

The Mechanics of BNT

BC: The original BNT token will be Ether-backed. Does this mean that changing the underlying digital asset of the token will result in liquidation of the old token and the creation of a new one? How will you expect this process to affect Bancor token price over the first few days of trading?

Bancor: The reserve token of BNT will always be ETH (for the foreseeable future.) The front-end product will not offer removal of BNT as a reserve token (though will allow the addition of other tokens for a multi-token reserve). Those developers who wish to create smart tokens based on the Bancor protocol source code but with an alternative reserve token may do so, but will not benefit from the network effect created by BNT and the smart tokens in the Bancor network, nor from the tools and products developed to facilitate seamless token creation.

BC: This might sound as an oxymoron, but are you planning on releasing your tokens through any cryptocurrency exchange, or will it be solely an Ethereum-based ICO?

Bancor: We will announce all the fundraiser details shortly, but will be accepting some other tokens besides ETH (BTC, LTC, and ETC) to fund the first Bancor Token Changers of these currencies. No comment re: exchanges.

BC: How do you expect the Bancor project to progress within a year or two of your ICO?

Bancor: We have actually released a live + interactive roadmap. Viewers can vote & comment on upcoming features. You can access it here.

BC: Your white paper mentions the Bprotocol foundation in Switzerland, but Bancor itself doesn’t seem to have a classic “token/cryptocurrency core” type organization behind it, like Bitcoin Core. Why is this and why do you think this is unnecessary?

Bancor: The Bprotocol Foundation will function a lot like the Ethereum Foundation: with a mandate to create, promote, and support research, development and education around the Bancor protocol and network, with the aim of making easily tradable the vast types of value sources that humanity creates or may potentially create but hasn’t made easily exchangeable.

Using the Proceeds of the ICO

BC: What will you use the funds you raise through your ICO for?

Bancor: A percentage will be used as the BNT ETH reserve, to ensure that BNT is always liquid. The rest will be used to support development, starting with the features in the product roadmap. A precise use of funds will be outlined in the upcoming fundraiser details.