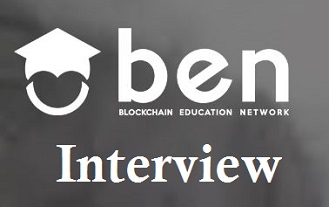 The Blockchain Education Network is an interesting organization of students and alumni around the world that create bitcoin and blockchain clubs in their campuses. Originally it was called the College Cryptocurrency Network or CCN. Its first members were from MIT, Stanford, Michigan, Penn and Delaware. The network quickly expanded to other campuses and countries, so it re-branded. Now it is dedicated to creating a rich interconnected web of blockchain users for different projects around the world. We interviewed Federico Tenga of the Italy chapter to find out more about the organization and its connection to the Bitcoin Community.

Bitcoin Chaser: The Blockchain Education Network is quite a diverse network of people around the world. Can you please explain what is the aim of BEN exactly? Is it to educate people about blockchain? Is it to connect people to build new blockchain projects? Is it a mixture or is it something else?

Federico Tenga: The aim of BEN is to spread knowledge about Bitcoin and other blockchain systems, connect people with these kinds of interests and encourage young generations to start projects in the industry. This is obtained mostly by building online and offline communities and by organizing events.

BC: Which are the 3 main characteristics that make The Blockchain Education Network unique?

FT: BEN is a very unique organization, it is really international with chapters dislocated in various locations around the globe and it has a really decentralized bottom-up decision making distribution. There is no central authority, we have of course an executive director and other figures that have the role keep the community engaged and to represent the organization, but basically any local chapter has the freedom to start initiatives on its own.

BEN and its Global Focus

BC: We see you have Blockchain Education Network chapters in North America and Europe. Where do you expect the next 5 chapters to be opened and why?

FT: Chapters usually spontaneously join BEN or are created by new members, there is no pre-planning on where to open the next one, so it’s more a random thing. Right now, the chapters are mostly concentrated in Europe and North America probably because it’s where the Bitcoin community is more active, so it’s easier to find a concentration on students interested in blockchain willing to open a chapter.

BC: How could you make the Blockchain Education Network a more global initiative that includes chapters in continents like Africa, South America and Asia?

FT: To reach people in new geographical locations faster we need to have someone acting as a bridge between existing chapters and new ones, to find and encourage local people to build a local organization. However, I believe that the role of BEN is only to give tools make it easier for a local group to reach its goals, not to try to build as many chapters as possible even where there is no concrete interest.

The Role of Blockchain Proponents in the World

BC: Do you think that blockchain proponents in general and the bitcoin community in particular, have the moral imperative to play a role in the economic development of less developed regions in the world? If so, how do you define that role?

FT: No, the underlying assumption of Bitcoin is that the participants of the network are economically rational, not altruistic. I think Bitcoin has the potential to gain adoption in developing countries because they have more problems with trust compared to countries with a developed financial system. If this happens it will benefit the whole global community so it is in the interests of businesses and other stakeholders to encourage the spread of Bitcoin in those countries improving their financial infrastructure. This means that luckily there is no need to relay on a “moral imperative”, but there will be more concrete economic forces to drive innovation.

The Future of Bitcoin

BC: Shifting to the future of bitcoin, how crucial do you think it is to solve transaction issues? Do you think that if bitcoin fails to solve these issues, the advance of blockchain technology will be affected?

FT: I think that the main problem Bitcoin must solve is the malleability issue, if we manage to solve this (with SegWit or something else) it will be possible to build second layer solutions (e.g. Lightning network) with improved privacy and transactions throughput. This is the only way to make possible for Bitcoin to compete with other payment system such as PayPal and Visa without losing on the security side. Unfortunately, the blockchain is not designed to handle a large quantity of transaction on-chain, so we really need to work on a multiple layer transaction system.

However, the whole scaling issue is more complicated than this. We can’t simply scale Bitcoin with a technical fix because of the resistance that Bitcoin has to changes. To upgrade Bitcoin, you need a very large majority of the network to agree, and the more a network grows the more divergent interests there are and the more difficult it is to achieve consensus. This makes it very difficult to upgrade Bitcoin but it also gives investors and stakeholders the security that the technology they put money in will not change against their interest easily and it makes the whole network resilient against external and internal attacks.

Therefore, I would rather have no scalability than having a technical fix without consensus, the value proposition of Bitcoin is the security, and this is the most important thing we have to focus on, anything else is secondary. Moreover, scaling solutions such as hard forks or user activated soft fork require coordination outside the network, making them risky and unreliable compared to the level of security Bitcoin is used to.

BEN’s Philosophy and the Bitcoin Network

BC: The Blockchain Education Network is based on the “Swarm Do-acracy” or to make it simple, voting by taking the initiative and doing what you believe is right. How does that system work?

FT: It’s very simple, if you’d like something to be done, such as organizing an event, you just find other people to help you and you do it, no need to ask anyone for authorization. If your idea is not liked by other BEN members it just means that you probably won’t receive support and it will be more difficult to achieve it. There are other BEN members that have very different ideas form me even on what Bitcoin actually is, but this doesn’t stop me to collaborate with them when we find common ground.

BC: Which lessons from the “Swarm Do-acracy” do you think the bitcoin community should focus on to help it solve its consensus stalemate?

FT: Many people in the Bitcoin community complain because others don’t do (for free) what they’d like them to do. For example, I often see complains because Core developers don’t implement a hard fork activation in their code, but since the code is open source they don’t have any monopoly and anybody could do it. If there was really a wide support for the fork people would just do it, no need to ask authorization to the Core team. I think that Bitcoin is a do-acracy by design but most people still don’t understand that because they are just used to the old world where there is always an authority to solve problems and take the blame.