Bitcoin Creator Steps Out Of The Shadows

By Bitcoin Chaser
Published May 2nd, 2016 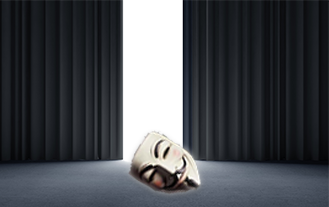 Craig Steven Wright, an Australian entrepreneur and bitcoin backer, has come out of the shadows claiming to be Satoshi Nakamoto, the legendary creator of Bitcoin. Wright chose to step out of the shadows following reports in both Wired and Gizmodo claiming that he is indeed the mysterious creator of the world’s first cryptocurrency. Although some questions do remain, some experts are convinced that Wright is indeed Satoshi Nakamoto.

Wright went to 3 mainstream media outlets with proof that he indeed is the person behind Satoshi Nakamoto. Reports on the BBC, The Economist and GQ preceded Wright’s own blog entry and the reaction of Jon Matonis, the founding director of the Bitcoin Foundation. Matonis wrote a blog post on his “The Monetary Future” blog about his relationship and interaction with Satoshi Nakamoto, including how he felt Wright was indeed the man behind the Nakamoto identity after a meeting on June 4th, 2015 in Sydney Australia.

Matonis also claims in his blog entry that he had the opportunity to review the cryptographic, social and technical data proof needed to identify Wright as the person behind Nakamoto. Matonis asserts that based on what he witnessed, that Wright satisfies all of the categories to prove that he is indeed Satoshi Nakamoto. Probably the most compelling piece of evidence is the signing of cryptographic proof on a message that used the key from the first block ever mined – Genesis block – as well as the signature from block number 9.

Wright has been involved over the past few months in a number of investigations conducted by the Australian Taxation Office. This is probably due to the fact that Wright should have around $450 million USD worth of bitcoin, if he indeed is Satoshi Nakamoto. In the meantime, and assuming that the evidence is way too compelling to ignore, Wright’s role can significantly change the fate of bitcoin, and with it, the fate of his own personal fortune.

The Word from the Creator of Bitcoin Himself

Wright’s word may now have a disproportionate influence over the debates within the Bitcoin community regarding the hard fork, block size and other technical issues. The question now is how the Bitcoin community will view the revelation, and what ideas Wright originally had in mind for the currency. It would also be interesting to see if Wright had at all foreseen the kind of problems that Bitcoin has now, or even if he ever thought that blockchain technology would be such a game-changer in the mainstream financial world, given Nakamoto’s declared goals of getting rid of the middle-man. One thing is certain: discovering Satoshi Nakamoto’s real identity, if indeed the evidence proves that Wright is who he claims to be beyond any reasonable doubt, can be one of the most influential events in Bitcoin’s history.