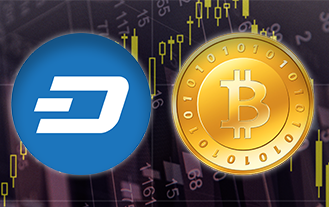 Friday February 24th, 2017 will go down as a day in which bitcoin breached its previous all-time high, while Dash took markets by surprise rising to a new all-time high, dethroning Litecoin and Monero in the process. Bitcoin reached a peak price of about $1,199.33 USD, while Dash peaked at $29.01 USD – according to Coin Market Cap. While impressive, this feat points to higher volatility in cryptocurrency markets rather than a sustainable price gain for either cryptocurrency.

One of the reasons pushing bitcoin prices towards new highs is speculation about the SEC decision to approve a bitcoin ETF. The downward risks in the market have not gone away. Chinese authorities are still primed to tighten the bitcoin economy under the guise of anti-money laundering operations and other pretexts. On the other hand, bitcoin transfers face some headwinds from high fees to scalability issues.

Together with these headwinds, it is important to consider how far bitcoin has come in terms of acceptance and integration into the mainstream. Apart from all the speculation due to the upcoming SEC decision, other positive news like the fact that Japanese merchants are expected to lead bitcoin payment integration, show the maturity that this cryptocurrency enjoys. This allows it to have stronger support points than other cryptocurrencies like Dash for instance.

Despite the fact that the recent advance of Dash and its market cap coup – climbing above Monero and Litecoin – are impressive, this cryptocurrency still faces major market tests. Dash together with Litecoin are the top ranked cryptocurrencies in terms of market cap that could be seen as the closest substitutes for bitcoin. As such, the promise that Dash will be able to handle governance and scalability issues that have bogged bitcoin down are giving it a tailwind. Nevertheless, Dash still has a lot to prove, and at around 1% of bitcoin’s market cap, it remains much more vulnerable to sudden market swings. Dash has a long way to go until it builds its clout.

This means that despite its impressive rise and despite its promising future, Dash remains a highly volatile asset that cannot mount a serious challenge to bitcoin in the near future. Dash prices are bound to crash again and go through the motions of the market. Bitcoin prices will probably retreat too, albeit in a milder fashion that resembles the maturity of the asset. Bitcoin uncertainty remains in spite of the ETF hype, so higher volatility will also play a role in bitcoin prices until the SEC decision is known and the situation in China clears. The uncertainty regarding Dash will remain until it proves it is a serious alternative to bitcoin. In both cases, volatility will be the main common thread in the stories of these assets in the near future.