A Bitcoin Dream a Paycheck Too Far 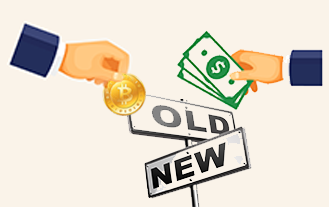 Bitcoin buzz hit the street and now an increasing amount of curious bystanders are wondering how to get themselves into the crypto-economy – if such a thing even exists at this point. It seems that the Bitcoin world has way too many barriers to entry. To buy coins, people need to acquire a Bitcoin wallet, and after that they have to buy their coins through a Bitcoin exchange. Once all the accounts are open and users are ready to purchase, they will find themselves paying an exchange rate premium every time they buy or sell Bitcoin, or conversely, some transaction fees. It would be more convenient if companies would pay their employees in Bitcoin. However that option faces barriers of its own and a number of challenges. Among them, it is not an option free from the burden of fees, contrary to Bitcoin’s founding premises.

It seems that the main objective behind the creation of Bitcoin – to avoid transaction fees and middlemen – was defeated. However, reality is far away from black or white extremes, and it has found a place on a wide grey-toned rainbow. Fees seem to be an inevitable part of life. Unless new users acquire Bitcoin by mining themselves and then use it to meet all their needs, they are bound to pay some kind of fee at some point. This also holds true for employers paying their employees in Bitcoin, since they would have to acquire the currency first in order to transfer it.

One of the main reasons Bitcoin enthusiasts might still be stuck at the gates of their promised Bitcoin-land, lies in the fact that Bitcoin is currently being used more as an asset than as a currency. In fact, this is a vicious cycle of sorts that stems from the lack of development of the Bitcoin economy. Employees who want their wages paid in Bitcoin, face structural hurdles from employers who do not get paid in Bitcoin, so they would have to acquire it at a cost to satisfy requests from their employees.

Employers who do get payments in Bitcoin, may also be reluctant to pay their employees using the currency because they are expecting it to appreciate, so they would rather settle the salaries due, by using local currency which is not expected to appreciate as much.

It is safe to assume that employees seeking payment in Bitcoin are as interested in the possible upside relative to other currencies, as much as employers are interested in capturing that additional profit or conversely avoiding the cost of dealing with Bitcoin purchases to settle their salaries due. However, there are changes that would hypothetically bring Bitcoin to a point of inflection and common use as a currency. Some of these changes have to do with how official regulatory bodies and governments will chose to approach Bitcoin.

If a government of a country starts allowing tax payments in Bitcoin for instance, it could open the door for government employees to get paid in Bitcoins, thus removing barriers on both the supply and demand sides. This hypothetical change would fuel demand for Bitcoin denominated products and services, putting Bitcoins back into government coffers through taxation attached to the consumption of these goods and services. The effect could quickly trickle down into the rest of the economy and could even serve to stabilize Bitcoin prize fluctuation, unless inherent limits on Bitcoin supply – only 21 million coins will ever be produced – generate deflationary pressures from consumers expecting their coins to appreciate due to projected scarcity.

The shadow of a deflationary scenario will certainly preclude a government from considering Bitcoin denominated taxation and salary payments, just as much as asset appreciation would prevent many private sector companies from disbursing Bitcoin in the form of wages.

That is why the cycle is a difficult one to break, although private sector actors have been moving into at least one side of the equation. Retail giant Amazon and a few companies the airline/travel industry seem to be leading a change by accepting payments in Bitcoin. However the question remains the same: will these companies pay their employees Bitcoin wages, or will they just keep their coins to themselves and keep on settling their wages in other currencies?

Government and regulators once more hold the key to break the cycle. But governments, legislators and regulators don’t always act out of their own initiative. The public in this case should launch a campaign that would prompt legislators to enact laws compelling companies to pay wages in the currencies they take payments in. Such a law might have the unintended effect of encouraging employees to ask for their wages in currencies other than Bitcoin, although the drawback of doing so might serve as a natural barrier. After all, no other brick and mortar currency has the characteristics of Bitcoin and additional financial or transaction fees involved in holding foreign currency while acquiring goods and services in the home country would probably prevent a significant amount of employees from requesting their wages in foreign currencies.

Until the public gets organized and governments or legislators decide to break the cycle, the world of Bitcoin will remain locked behind fees and chained to master intermediaries.

However, these constrains have created opportunities to solve the divide between employees and employers when it comes to Bitcoin, at least partially. The companies offering these solutions may also lower the barriers of entry into the world of Bitcoin for employees by eliminating the fees needed to acquire coins, in exchange for transaction fees similar to those imposed by banks. Companies like Cashila and Bitwage have established themselves as the pioneers in the Bitcoin payroll arena. They offer employers the tools to pay wages in local currency – Euros only in the case of Cashila – and they offer the employees the opportunity to acquire Bitcoins at fair market value with their wages. Employees can chose the proportion of their wage or amount of money they would like to turn into Bitcoins. If these companies succeed in providing low enough fees, they could eventually compete with brick and mortar retail banks at a certain level.

The intermediary and fee free world envisioned by Satoshi Nakamoto will remain within the boundaries of theory. Bitcoin remains mostly an anomaly as far as currencies that serve to pay wages are concerned. Employees still face barriers to entry beyond middlemen and fees when it comes to employers paying their salaries in Bitcoin. The existing financial architecture and the fundamentals of Bitcoin have primed it to be used as an asset more than as a medium of exchange. Until the currency-asset divide is not bridged, the market will remain a fertile ground for intermediaries offering to meet employees and employers mid-way. In the meantime scaling the Bitcoin payroll revolution up remains a highly unlikely endeavor.