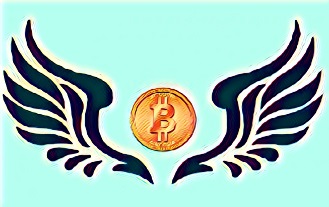 Bitcoin has made a name for itself as a reputation wrecker. With a few exceptions, no one has been able to predict bitcoin prices, and many have made fools out of themselves for trying. The overwhelming sentiment nonetheless, is that bitcoin prices only go in one direction: up. Yes, there have been hiccups and bumps in the road. Some of those have lasted for months, but ultimately bitcoin beats every challenge and continues rising. Despite this general rule of thumb, over the last 2 weeks it has delivered its fair share of surprises. Just 8 days ago, bitcoin surpassed the $3,000 USD mark. Barely a week later we are writing about how bitcoin hit $4,000 USD!

Bitcoin Hit $4,000 USD at the Expense of Other Altcoins?

How Much Will Bitcoin give up?

Now the question is if the tide turns, how much will bitcoin give up? It seems that anyone who tries to predict that could suffer the fate of those who wrongly predicted bitcoin prices in the past. That is exactly why we will refrain from doing so, but we will put this out there: Despite the rule of thumb stating that bitcoin prices generally go up, there are set backs along the way. This time should not be different, so there might be some profit taking over the next few days.

A part of these profits will go back into the cryptocurrency markets, so alts could start pumping again. However, bitcoin hit $4,000 USD already, which means that if it retreats, after a while it could start pushing back up towards new heights. Last week when the price hit $3,000 USD, we would have never thought that only 8 days later we would be writing about how bitcoin hit $4,000 USD. No one knows what we will be writing a week from now; your guess might be as good as ours!