Beyond Mining: How the Cryptocurrency Craze Has Affected E-Gamers

Graphic cards gained popularity in the cryptocurrency mining community due to their high processing capabilities, causing the price to skyrocket. 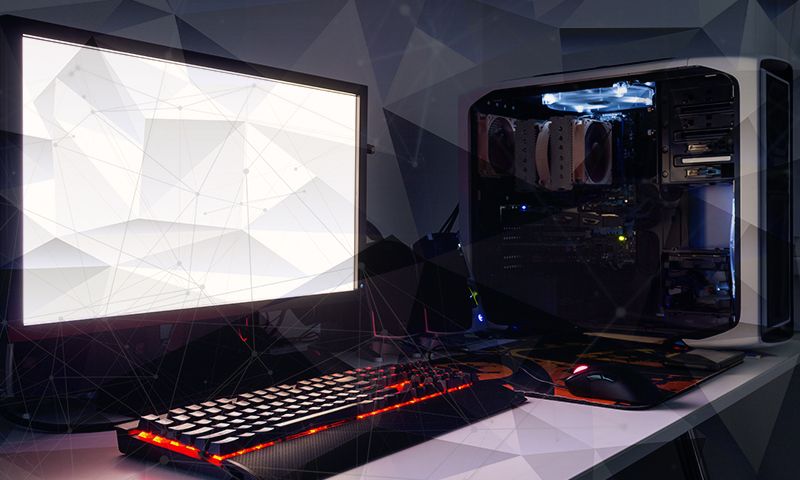 Graphics Processing Units (graphic cards) gained popularity in the cryptocurrency mining community due to their high processing capabilities. This trend can be traced back as far as 2013, where the adoption of graphic cards for mining both, Bitcoin and the newly popular Litecoin, caused the price of graphic cards to skyrocket. This caused a great deal of dismay to mainstream gamers, who found themselves either unable or unwilling to pay for the latest and greatest units. Fortunately for them, prices soon stabilized and the gamers were again able to buy their cards at a price they were used to. This shift away from graphic cards was likely due to the advent of Application Specific Integrated Circuits (ASIC) miners in late 2013, and their gradual widespread adoption for Bitcoin mining over the course of 2014.

While bad for miners, this was a fortunate break for gamers who had been either unwilling to purchase the graphic cards at their unreasonably high prices or unable to obtain the most advanced graphic cards due to miners keeping available stock low. However, in recent years, more and more miners have been returning to graphic cards due to the increasing difficulty associated with mining on the Bitcoin blockchain. The introduction of minable coins that are either still profitable for home-mining purposes or are ostensibly based on ASIC-resistant algorithms, have provided an alternative for miners to use GPUs again. These coins have flipped the GPU market back on its head. The market has seen shortages of graphic cards across a multitude of gaming stores. Prices of the Nvidia GeForce GTX 1060 6GB and AMD Radeon RX 580 graphic cards show as much. Depending on how the cryptocurrency market is going, gamers might be unable to build new gaming rigs. These price anomalies are often the outcome of exuberance that hits when there are sudden boons to the general value of cryptocurrency, as occurred in the last quarter of 2017.

Miners Stop Investing Due to the Bear Market

What is interesting to note is that the cryptocurrency price hikes in May 2018 did not seem to affect the graphic card sales the way that they did in January and February 2018, following the December 2017 spikes. Data shows only one or two brands saw their GPU prices increase during this period. On the other hand, the release of major PC games, including World of Warcraft: Battle for Azeroth and Warhammer 40K: Inquisitor – Martyr, could just as easily account for the increased demand for the Nvidia GeForce GTX 1080Ti in August 2018. The Nvidia GeForce GTX 1070 was the only graphic card to spike slightly in price in May 2018 along with the cryptocurrencies.

Cryptocurrency Price Increases and the Lag on GPU Prices

Of course, as the news of the meteoric rise of cryptocurrency prices reached mainstream media, many new individuals decided to also attempt to cash in on the potential ‘quick cash’. This graph below reveals how for the month or two following the December 2017 market peak, the prices of graphic cards increased substantially. A notable mention here is that these price increases are often due to the excessive mark-ups of store-owners and distributers, rather than the manufacturers. This means that the stores are failing to sell the graphic cards at the suggested retail price, inflating GPU prices to achieve the highest profit possible. This means that while the manufacturers are achieving higher sales volumes, the profit increases per unit sold are going to the retailers.

Indeed, the graphs above illustrate this cryptocurrency break out, in which Bitcoin suddenly skyrocketed from $10,830 USD on December 1, 2018 to just under $20,000 USD on December 17, 2017. This price spike inevitably pulled other cryptocurrencies higher. In fact, even struggling cryptocurrencies that had not been growing in the same way as Bitcoin had been since May, felt the positive peripheral benefits of the market albeit briefly. This includes cryptocurrencies such as Dogecoin and Siacoin, which are not shown on the graph. As both graphs show, the prices started increasing again around October 2017. This was likely due to Bitcoin hitting what was then its all-time highest price of nearly $4,700 USD in September 2017. What is interesting is that even though the price and sales of GPUs have slowed down, the price of these units remains much higher than when they were initially released back in 2014. In fact, the price of the AMD Radeon R9 290X is currently twice what it was on its initial release date.

This is highly significant, as the usual rule for technology is that it almost instantly depreciates in value, due to the continuous innovations in almost every technological sphere. And there have been major developments. For instance, the AMD Radeon R9 290X has a hash-rate of 23.2 MHash/s and a power consumption of 300W, while the EVGA GeForce GTX 1080 Ti that was released in March 2017 has a hash-rate of 34 MHash/s, with a power consumption of 250W. Miners set up multi-GPU card rigs, meaning they can outpace the kind of innovative forces that makes prices drop rather quickly, through the sheer number of GPUs they buy. Aside from obvious discrepancies between the input and output of the two units, what makes the high price of the AMD Radeon R9 290X even stranger is that if a miner were to use it to mine Ethereum, they would be running at a loss. Of course, the miner might always be using it to mine a different cryptocurrency, but the specs are still significant when factoring in earning back the costs and long-term profitability, especially considering that the EVGA GeForce GTX 1080 Ti is now only around $100 USD more expensive than the AMD Radeon R9 290X. It is important to note that there was a $400 USD price difference in March 2018, but that this gap has since decreased significantly.

So, How do Miners Ensure ROI?

Through re-sales. There are some miners who will buy graphic cards, mine for a few months, and then re-sell the equipment for sometimes the same or more than what they originally paid for it. This cuts costs by a lot but isn’t so dependable given the recent slowing down of GRPAHIC CARD purchases.

What Does This Mean for Gamers?

Aside from the obvious shortages, there are many gamers on various forums, who have declared that the high GPU costs have placed online MMRPGs out of the price range for now. As a result, they have opted for returning to the PS4 and other consoles. Of course, the gaming community is very dissatisfied. For example, a gamer named xantufrog stated that “this GPU price thing is absolute [garbage] – I do resent the miners, and I resent the market for increasing prices to hit their demand. I can’t fault them for it – we’re all out to make a buck on some level – but as a hobbyist it [‘s horrible.]” Another gamer, mrbojangles25, countered that: “if you can’t afford a modest PC rig and that is your excuse, you probably should have a less expensive hobby than gaming in the first place… Console gaming might be less expensive than PC gaming, but it’s not cheap by any stretch.”

Will the GPU Industry Respond?

With that said, graphic card manufacturers as well as some retailers are aware that their long-term clients are within the gaming community. Therefore, some stores have adopted a policy of only selling one unit per customer to gamers. These stores compel the customer to prove he/she is a gamer by demanding they buy other necessary gaming equipment. This obviously increases the e-gamer’s overhead costs substantially even if the store is selling them the GPU at the manufacturer’s suggested retail price (MSRP). On the other side, manufacturers attempted to counter these price hikes by producing more graphics cards. In fact, NVIDIA even went a bit overboard. In February and March 2018, when they started producing more goods, the demand was still high. However, demand for graphic cards since been decreasing, as NVIDIA found out the hard way in June 2018, when one of its partners returned around 300,000 units to the company. This likely accounts for the steady price drops of graphics cards, aside from the NVIDIA GeForce GMT 1080Ti. Miners will now have to face the effect of lower prices on their used GPUs. On the bright side, it could also indicate that there are fewer new miners entering the mining industry, which could indicate that miners will still be able to maintain reasonable profits from their rigs for at least a while longer, depending on the cryptocurrency markets.