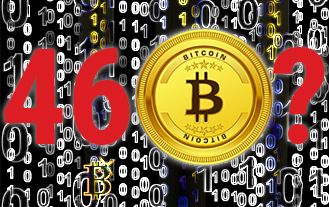 Since April 22nd, the price of bitcoin has seen a steep rise, shattering resistance levels set around $440 USD during the last 3 months. This is especially impressive given all the bad press that Bitcoin has been getting lately because of the inherent limitations on transfers due to block size. It seems that no matter how heated the hard fork vs soft fork discussion is, and how much the disagreement along with all the other weaknesses that a collaborative project such as Bitcoin may have, ultimately pure economic fundamentals are prevailing.

Logic dictates that demand for a system that offers lightning quick money transfers, will wane if the pace of those transfers slows down enough. But those advocating that this will cause the price of bitcoin to plummet, must understand that slower might not be slow enough. In a world of constant demand and decreasing supply hard wired into an economic system, price will continue to rise. It seems that this is precisely what is happening with bitcoin, and although the issue of block size has to be resolved, demand will probably react slower than most think.

The real game for the bitcoin community now is to outpace the slow reaction from the demand side, with a suitable solution for the blockchain. The key word here is definitely suitable. Various ideas and solutions have been floated around that have raised concerns about small windows of time in which people would be able to double spend. Other solutions seem to be highly undemocratic and the Bitcoin community seems to be divided, with accusations being leveled at various members on Reddit and other forums.

The resilience test for Bitcoin seems to be more of an organizational, social or even political issue, than a technical or even an economic one. In the meantime the economic fundamentals are buoying bitcoin’s value. Block size and other technical issues aside, the halving set to take place around July 17th 2016, is probably what the market is focused on right now. Hence the reaction: bitcoin is close to $460 USD and it wouldn’t be surprising to see it shatter that mark and continue going upward.

Bitcoin has a proven record of resilience. Its price has gone up and down at rates that would be alarming to most people. However, the currency and the system have proven to be such a crucial piece of the new world economy, that none of the events that caused the steep fluctuations have pushed bitcoin into oblivion. For now, logic dictates that the price of bitcoin has room to keep advancing, especially as the halving nears. However, the Bitcoin community does have some decisions to make. It must act sooner rather than later and solve the underlying problems before it is too late.