The Myth Of The Bitcoin Mining Death Spiral 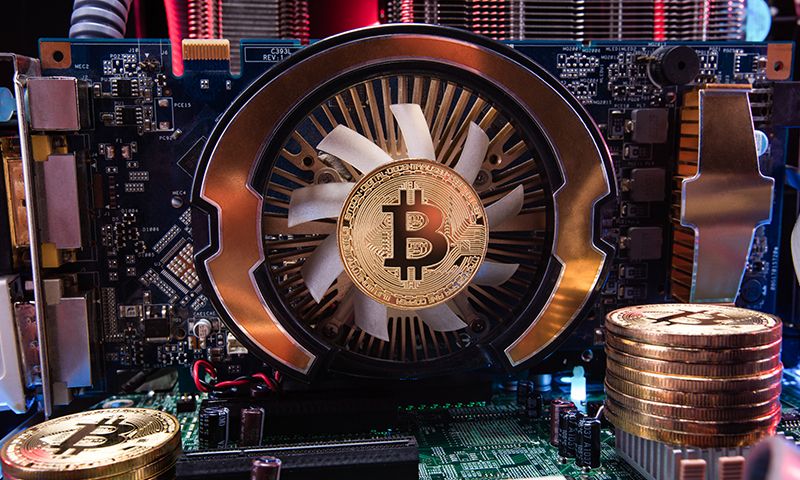 Bitcoin prices are down around 80% from this time last year, yet the hash rate is about 3 times greater now than what it was back then. This means it is more difficult to mine, which forces miners to invest in more equipment, and their fiat reward – which is needed to pay for their operating costs – is lower. Yet under these challenging conditions, Bitcoin has avoided the infamous mining death spiral, in which hash rate drops so quickly that the network fails to adjust on time and becomes practically useless. Nevertheless, even after we have seen reports and Twitter feeds showing miners throwing their mining equipment away, we haven’t seen the expected delay in difficulty adjustment that results from a drastic, sudden dearth of computing power on the network. Does this mean that we have avoided the dreaded Bitcoin mining death spiral or is it about to hit us inadvertently?

The first aspect of the so-called Bitcoin Mining Death Spiral that is important to understand is choice. Bitcoin mining is now dominated by ASICs, which means miners can only point their equipment towards different blockchains that are compatible with their SHA256 ASIC miners. When Bitcoin Cash forked from Bitcoin, the main fear was that there would be a hash war and that Bitcoin Cash would be able to lure enough miners in to crash the Bitcoin network. Nevertheless, the incentives work both ways, and if enough miners leave Bitcoin for another network, then hash rate will drop, and this might open up opportunities for miners to come back into Bitcoin after a short period of time as the other network becomes more crowded.

This exposes the short-term vs long term thinking that miners must balance to operate successfully. In many cases, being a successful miner involves operating at a loss for a period of time, especially in the era of ASIC mining. In other cases, it might involve switching to another blockchain, but those switches have implications. Miners must have a sense of what is happening in the market and how other miners might react to changes in the mining landscape. Therefore, they play this game of choice with each other repeatedly. Once this game is played several times, a pattern of behavior emerges.

Going back to the Bitcoin Cash fork, there was an initial incentive for miners to abandon Bitcoin mining in favor of Bitcoin Cash mining. Many did, and Bitcoin became sluggish. This triggered a downward difficulty adjustment, and a Bitcoin price drop. Both were temporary. In the longer-term, Bitcoin ended peaking at around ten times the hash rate it had on the eve of the Bitcoin Cash fork.

Can a Price Change Trigger a Bitcoin Mining Death Spiral?

Bitcoin avoided a sudden dearth of mining power following the Bitcoin Cash fork. Many would say that is due to a subsequent price rally that enveloped cryptocurrency markets as a whole. Therefore, a sustained price drop like the one we saw in 2018 could trigger a Bitcoin mining death spiral. However, enough miners should be able to mine at a fiat loss to keep their operations running temporarily until the market recovers down the line.

In any case, many of the costs that the miners have incurred in are sunk, especially when it comes to ASIC miners that are geared to work on SHA256 networks. Therefore, miners have a choice between idling their machines and getting no return on them or mining at a loss. In that case, there will be miners who will mine at a loss instead of throwing their equipment in the streets.

The Devil is in the Details

The progression of mining difficulty during 2018, shows just how there are miners out there willing to mine through diminishing returns and even add mining power to the network. If until now, most miners were not mining at a loss but rather at a diminishing rate of return in fiat, then when the price drops below a certain point miners will start mining at a loss, yet as margins were diminishing throughout the year miners were adding mining power to the network. Many were probably playing a game of chicken with other miners, thinking they had enough financial muscle to emerge with substantial market advantages when the market recovers, if they managed to get other miners to bail.

At this point a significant number of those miners are already mining at a loss, but the network difficulty has adjusted, and most mining pool’s market share has remained equal. This shows that even this game of chicken hasn’t changed the mining landscape significantly, beyond an overall reduction in mining power for which the network has adjusted well.

From the data that we have at every point of inflection in the history of Bitcoin, it seems that network difficulty adjustments, game theory and the rational choices of miners, have kept us away from the dreaded Bitcoin mining death spiral. This meant that the spiral of death is more myth or a theoretical possibility, than a reality. Anyone betting on the realization of a Bitcoin mining death spiral and significant network impairments as a result, might be betting on the wrong horse.