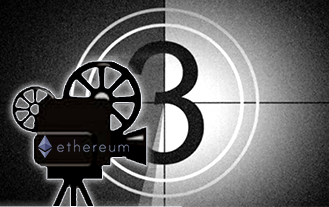 There is no doubt that crowdfunding is one area of the 21st century economy in which bitcoin and other cryptocurrencies have become a particularly disruptive force. The magnitude of the disruption is not limited to the financing itself but it seeps into the very philosophical foundations of the projects that are looking for funding and of crowdfunding itself. Cultural paradigms shift, enabling crowdfunded, crowd-sourced, cryptocurrency powered cultural activity. From the production to the consumption of these services, The Pitts Family Circus movie is the embodiment of this particular shift, and its producers are crowdfunding through Ethereum. The choice of Ethereum over bitcoin is obvious, and it highlights potential changes in the crowdfunding industry as a whole.

Ethereum Crowd Funding Instead of Bitcoin for The Pitts Family Circus

Although bitcoin has played a role in cultural paradigm shifts, from tattoo art to blockchain inspired art expos, it is ceding ground to other blockchain and cryptocurrency projects in other areas. In terms of movies, shows and streaming, it seems that Ethereum is a better choice. The success of The Pitts Family Circus will serve to further cement Ethereum’s reputation in this area. Bitcoin could challenge the crowdfunding aspect of these projects, but it cannot overcome Ethereum on the crowdsourcing aspect.

In the case of The Pitts Family Circus movie, in theory at least, it is possible that the producers could have gotten more people to participate in funding the movie through bitcoin than Ethereum. The nature of investor participation however, would have been different. With Ethereum, the producers of the movie have programed a token that will give the holders a dividend for the next 20 years. The following are some of the crowdfunding characteristics made possible by the use of Ethereum for The Pitts Family Circus project:

Moving away from the Kickstarter Crowd-Funding Culture

Apart from changing the way we produce movies and other cultural activities or services, the characteristics of this crowdfunding effort through Ethereum can change crowdfunding culture altogether. Bitcoin seems to be more suitable for the Kickstarter kind of financing, in which investors do not get a share of the business or royalties. This leaves the field wide open for Ethereum to change the essence of crowdsourcing and make every person a potential investor who will get dividends out of the investment, through the use of smart contracts.

This means that the success of The Pitts Family Circus can also serve to change the way society approaches crowdfunding in general. In this realm, bitcoin could well play the intermediate step between the Kickstarter crowdfunding culture and that of Ethereum. In terms of crowdfunding movies, shows and streaming services, it is clear that Ethereum has a great advantage because it can also serve to crowdsource the content, which constitutes a cultural shift in and of itself. This puts Ethereum in a unique spot to influence the way we do business in general, and the way we produce cultural services or products. Bitcoin’s future impact on future streaming or movie making projects could be limited.

Click here to learn more about The Pitts Family Circus.