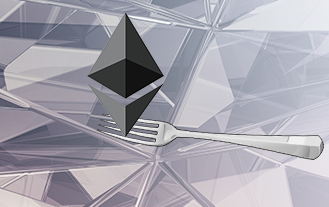 Following the apparent shortcomings of the soft fork solution to the DAO hack, Ethereum will be implementing a hard fork on July 20th. This highly controversial measure has pitted purists against the rest, but seems to be the right move regarding the majority of Ethereum stakeholders. In fact the hard fork solution has gathered a lot of support, which is seen in the relative stability of the price of Ether.

For most stakeholders, the hard fork is quite a logical choice. For purists and other critics, the hard fork goes against the principles the project stands for. To understand why the hard fork is going to go forward despite the criticism, it is necessary to view the problem at hand through 2 different prisms. The first one is probably the simplest one. It has to do with the options available after the soft fork option was ruled out. Ethereum can choose to either go for a hard fork, therefore righting the wrongs, or it could just do nothing at all.

By chosing to do nothing, Ethereum would be setting a dangerous precedent in order to stick to the purest form of its principles. This option would basically deliver the message to the community and to anyone looking to join that Ethereum will not respond for anyone else’s mistakes on a smart contract which it has no responsibility for. This would invite ill-intentioned users to search for the weakest link in order to steal money, making the network unappealing to many and effectively putting a burden on its growth. This is a game that none of the stakeholders wants to play.

With the hard fork solution instead, Ethereum is delivering a strong message to everyone interested in the network that basically reinforces the feeling that there are responsible leaders on the network, looking out for the greater interest. This could serve as a deterrent, although purists would say that it does exactly the opposite because it shows the world that “too big to fail” works just as fine on Ethereum as it works everywhere else. For purists, this is tantamount to being corrupt, changing the rules of the game for big name players – the DAO – and allowing others to be less rigorous with their smart contracts in the future. That is the way many purists see the game developing in the future.

Having Skin in the Game

The beauty of game theory is that it doesn’t have right answers, but better or more efficient ones than others. In any case games depend on the decisions that the actors in them, make. For the stakeholders who already have millions of dollars in the Ethereum network, the game is completely different. If someone who is investing in such a new technology, on which glitches are expected, it will make that person feel better to know that along with the learning curve, they will not have to foot a $50 million USD bill for a mistake.

Ethereum will remain a promising blockchain project after the hard fork. Most players and stakeholders will feel comfortable to keep on working with smart contracts on the network. Nevertheless Ethereum must make sure that the hard fork is an exception and not the rule. Let the critics serve as a voice of caution. Hopefully we will all find the wisdom to take their opinion into account, and be more careful with the way our smart contracts are designed.