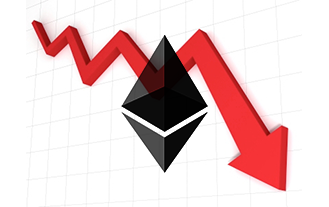 Ethereum can’t seem to catch a break. The promising network, which saw its cryptocurrency rise from $1 USD to a peak of around $20 USD in just six months, is now trading within a range of $10 to $11 USD. The now well documented attack on DAO, which saw hackers take away about $50 million USD in Ether, sparked a rush to implement a solution that would bridge the security gaps in the underlying code. Vitalik Buterin and other members of the organization, tabled a soft fork solution that won a vote of confidence from the community.

However, before the implementation of the soft fork took place, a professor at Cornell University, along with 2 students, discovered that the proposed soft fork generated other vulnerabilities.

Since the soft fork option is no longer viable, Ethereum will likely move to adopt a hard fork solution. Under this solution, DAO tokens will be traded at a rate of 100:1 for Ether. The network will vote again on a solution, but critics have voiced their philosophical discontent with the hard fork solution, claiming it runs contrary to principles of decentralization. In the meantime the whole soft fork to hard fork saga is keeping Ether prices low.

Prices could be further affected by the discontent about the solution, which is perceived to be against the principle of decentralization. While a democratic vote seems like a tool to decentralize the decision making process, some would dismiss this as veiled centralization. The bottom line is that the vote will enable the Ethereum Foundation to intervene in the network, in order to “bail out” DAO investors.

Focusing on the Forest

Cryptocurrency enthusiasts certainly have a point when they object to these moves which are tantamount to a bail out. After all, the risks of investing and programing smart contracts on the Ethereum network are widely known, so no one should be bailed out. However, for Ethereum to gain the trust of the wider public and keep on growing as a project, the foundation must intervene despite the criticism. Sometimes it is necessary to make these sacrifices in order to save a project, and the public must understand that it is almost impossible to achieve the degree of perfection that staunch cryptocurrency purists would like to see.

In the meantime Ether volatility will be the only constant. Hopefully investors will look beyond these technical mishaps, and will be able to visualize the future of Ethereum beyond the growing pains. Investors and users alike must take into account that a very vocal yet small minority of purists will always remain critical to the hard fork solution, and will write Ethereum off as not truly decentralized. They will have to come up with their own blockchain solutions in order to prove they are able to program a network that will be at least as functional as Ethereum, but with less security vulnerabilities. Hopefully Ethereum will recover quickly and its growth will prove the skeptics wrong.