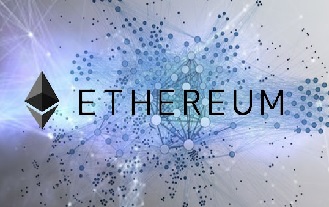 Ethereum transactions are peaking, overloading the network. There are currently several transactions pending from more than an hour ago. It seems that the hot ICO markets are taking a toll on Ethereum transactions. It is getting increasingly difficult to get transactions through to buy those tokens, but the rate at which new ones hit the market is not slowing down. This ICO frenzy is the leading cause for the transaction overload, and could be one of the reasons behind the recent decline in Ether prices, as perplexing as that may sound.

The reason ICOs might be behind the dip in Ether prices is precisely because they have clogged the network. The volume of Ethereum transactions is so high that gas costs have gone up. Funds from prospective ICO investors coming in are not helping Ether prices overcome these shortcomings. This seems odd because on one hand most of these ICOs require investors to acquire Ether, which would prop its price up. On the other hand, as Ethereum transactions become increasingly slow and costly, users are discouraged from using the network for any other purpose than investing in the latest ICO.

In the meantime, some ICOs are also taking bitcoin investment, helping them circumvent problems with Ethereum transactions. The most glaring and recent example is Civic. This ICO was taking investment in Ether as well as bitcoin. If more ICOs do the same, then the price of Ether may plunge further. On the flip side, more bitcoin investment in these ICOs means that Ethereum transactions might recede from their peak and help congestion die down. That could bring the amount of gas needed for a successful transaction down and ultimately balance the price of Ether out.

Until this balancing act happens – if it happens at all – Ether’s prospects are not good. The counter-cyclical investors out there are probably looking at the situation with a twinkle in their eye. They might be getting ready to pick up some Ether, hoping they can get it at the bottom of the cycle and sell when it is high again. Problems with Ethereum transactions could be creating buying opportunities, but it is a risky business.

If a substantial number of people try to unload tokens at the same time, at any given time, Ether prices could plunge again. This makes the counter-cyclical approach in this case especially risky. Hopefully Ether prices will stabilize soon. If that happens the bleeding might stop and the risk of speculative moves will be lower. Until that happens, Ethereum transactions will keep on pushing the network beyond its limits. A scenario in which users will have to send more Ether to compensate for depreciation while the funds reach the intended party is now more likely.