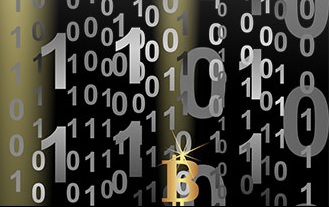 The Bancor ICO established a record today. It managed to raise about $150 million USD – depending on the ETH:USD rate used, the figure is anywhere between $142 million and $152 million. This new ICO record that Bancor established today, not only managed to surpass every other ICO before it. Bancor effectively surpassed every other crowdfunding initiative ever on any platform, whether it is fiat-based or cryptocurrency-based. It took this project a little under 3 hours to achieve this feat.

Some people however, expressed anger at the way Bancor broke this ICO record. The original goal of the development team was to run the ICO for a minimum of an hour, and uncover the token cap once it achieved 80% of the funding goals. Instead, Bancor decided to extend this initial minimum time to 3 hours, because of an alleged attack. Cryptocurrency enthusiasts who didn’t like this decision took to Reddit and other social networks to complain.

Bancor still managed to establish this new ICO record, raising $150 million USD regardless of the complaints. It is safe to assume that now there are more satisfied investors than disgruntled cryptocurrency enthusiasts, especially if the record setting ICO carries its momentum over to the markets. Its record setting crowd sale could well see the price for its token continue to rise if major exchanges enable trading. Other factors that may influence the token’s price going forward is the total supply of the token itself and the interests of each group of people holding them.

Here are the numbers that investors should follow to understand when to buy or sell:

The Game After the Record-Setting ICO

Now the immediate price will depend on how many of those holding BNT will choose to sell as soon as they can. The current market cap of Bancor immediately after this record-setting ICO is $300 million USD – only 50% of the tokens were sold through the ICO. Therefore, it should currently be on the 21st spot on Coinmarketcap. That should make it an attractive token for any of the major exchanges.

In fact, any exchange that allows investors to trade Aragon – ANT – and Basic Attention Tokens – BAT – should in theory allow investors to buy and sell BNT. Both ANT and BAT can be traded on Bittrex and on Liqui, which means that Bancor holders should be able to capitalize on their BNT on any of those soon. Especially because it surpassed both projects in terms of funds raised, and it even surpassed The DAO in dollar amount raised.

These are the numbers that major exchanges should look at when they consider listing BNT:

Nevertheless, it is important for both investors and exchanges to put these record setting numbers in context. The other 3 record setting ICOs – The DAO, Basic Attention Token and Aragon – might have raised less money in USD terms, but they could have all raised significantly larger amounts of money under the same conditions as Bancor. At least 2 of them could have raised billions and one of them could have doubled the amount that Bancor just raised:

Those counterfactuals can serve to put the record-breaking Bancor ICO in proportion, but the record for most money raised still belongs to this promising project. Hopefully this comparison will help investors to be more even-keeled in their assessments of whether to buy, or to sell what they acquired through the ICO. Maybe it will also help push some exchanges to list BNT sooner than they would have otherwise.