FCA Announcement On ICOs Can Be Confusing, Exposing Possible Loophole 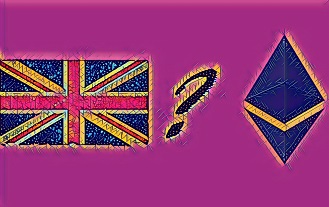 The Financial Conduct Authority – FCA – has issued an announcement on the ICO industry. The British financial regulatory body finally came out of the shadows today, after its counterparts in the US, China, Singapore, Canada and Israel issued their own announcements. Nevertheless, the FCA took a different approach than most of its counterparts. In a sense, this approach is a little more open than most, but it may also be somewhat confusing.

We Are Not Lawyers, But…

The language in this FCA announcement on ICOs is the first thing that jumps at us as misleading. The online document starts by describing an ICO as a “digital way of raising funds from the public using a virtual currency”. We are not lawyers, but that kind of language lends itself to different interpretations. Anyone might conclude that an ICO could fit within the category of a crowd-sale. Nevertheless, the announcement goes on to declare that “ICOs are very high-risk, speculative investments”.

That is quite a turn-around in terms of language. If an ICO is an investment, then the adjectives preceding the word “investments” could well be irrelevant. Investment regulation is well-defined and in many cases quite stringent. Suddenly the FCA announcement on ICOs becomes a little more confusing. What follows, leaves even more space for the imagination of prospective ICO entrepreneurs to run wild

FCA Announcement on ICOs Provides a Window of Hope

Maybe this FCA announcement on ICOs was meant more as a warning to would be investors than as guidance for ICO entrepreneurs. However, once the information is out there, ICO entrepreneurs will be the first to start processing it. These entrepreneurs are likely to focus on the following part of the announcement: “Whether an ICO falls within the FCA’s regulatory boundaries or not can only be decided case by case.”

Could this provide a window of hope for prospective ICOs to launch from the UK, or will this just add to the confusion around the crowd-funding/investment dichotomy? In light of previous FCA announcements on crowd-funding, one might conclude that an ICO can definitely fall out of the scope of FCA regulation.

Again, we are not lawyers, but there might be enough space for specific ICOs to fall within the FCA’s definition of “pre-payment or rewards-based crowdfunding”. If an ICO falls within that definition, then the FCA will not regulate it. Then it all depends on how the British regulator will go about its “case by case” decision making. If enough ICOs identify a loophole, then the FCA will suddenly have a double headache. Sifting through UK-based ICOs and making case by case decisions is hard, but if there is a critical mass of ICOs to consider, that challenging task can turn into a resource-gobbling nightmare for the British regulator.

It seems then that ICO entrepreneurs should check the possibility of launching from the UK. The country has an excellent brand as a solid jurisdiction with a great tradition in finance, and now there might be a loophole to exploit. This means that it is now time for UK lawyers who specialize in this kind of regulation, to shine. ICOs will increasingly need to consult with them to see if there is a loophole indeed or if their ICO fits the characteristics of a “pre-payment or rewards-based crowdfunding” endeavor. In the meantime, the FCA announcement on ICOs should be taken as a warning for prospective investors. As a guideline for ICOs, it is too ambiguous.

Click here to read the FCA announcement on ICOs.

Click here to read how the FCA defines crowdfunding.