Everything You Need To Know About Airdrops

In the most basic terms, an ICO airdrop is when a company launching an initial coin offering or token sale offers up some of its tokens or coins to the cryptocurrency community for free or in return for the completion of small, simple tasks. 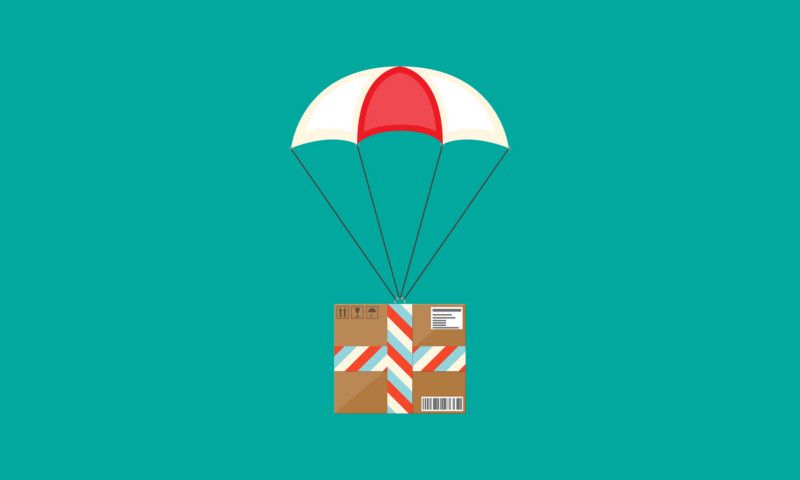 As the ICO industry started growing, it quickly became a popular crowdfunding method for new business platforms. Rising competition made it necessary for new ICOs to find ways of attracting new investors to fund their projects or jump-start their platforms. This gave rise to new bounty program variants and Airdrop campaigns that many ICOs implement nowadays.

For those who don’t want to put their money in tokens or cryptocurrencies, but still want to participate in these ICOs, bounty programs and airdrops are a great alternative. However, while the advantages of bounty programs are clear for the both ICOs and bounty hunters, the role of the airdrops is not so clear. Therefore, it would be interesting to delve deeper into the airdrop figure and understand how it works in every case.

What is an Airdrop?

To understand how an airdrop works, it is important to establish what it is first. Airdrops are a reward mechanism in which tokens or coins are distributed to holders of other coins or tokens, or within the same community to holders of the same token, when certain conditions are met. Most people are familiar with forks and call the duplicate coin that comes out of these forks an airdrop, but that is technically not an airdrop.

In the case of an ICO or token sale, an airdrop can serve to expand the user base of the project by leveraging an existing network of users. For instance, OmiseGo airdropped tokens to Ether holders to incentivize the use of their platform. Some ICO airdrops require no more than basic registration information such as the applicant’s name, email address, and wallet address; others are automatic and go through to holders of other coins without any kind of registration needed.

Why have an ICO Airdrop?

Airdrops have real value to ICOs for a number of reasons:

Where to Find ICO Airdrops

Just like bounty hunters go looking for ICO bounty rewards, ICO airdrops have the same effect. Due to the high volume of ICOs and their bounty programs and airdrops, it can be hard for people who are interested to keep track of all the projects. This is especially true with those Airdrops that are only announced right before they happen.

For upcoming ICO airdrops, some great places to look are on sites that list them alongside their ICO list, as we do, as well as the altcoins section on BitcoinTalk’s altcoin board on their forum. Viewing their boards will require registration, though.

Another effective way to get word of airdrops is to:

However, sometimes airdrops come to you, such as on the Ethereum platform. Users can occasionally find tokens of unknown origin in their wallets. While there are rumors that these were somehow accidentally transferred to the users account during transactions, they were actually distributed to users by a new ICO that is hoping to generate awareness and interest in their project by gifting tokens to users, according to a snapshot of a given blockchain and other criteria.

The plan there is that users will see the token and investigate it, thereby hopefully leading to not only to actual investment by the receiver, but also from other who were exposed to this coin through the receiver’s inquiries on the various social media platforms. The drawback with this approach is that users sometimes just look for the exchanges that list those tokens to swap them for well-known cryptocurrencies without finding out more about the token.

Why do many ICOs choose not to have Airdrops?

However, as tempting as the idea of free anything is, it is always good to do your due diligence before participating in any Airdrop campaign, as there is a notoriously high incidence of hacking and malicious attacks on user wallets amongst Airdrops. Many ICOs shy away from launching an Airdrop precisely due to this issue; they don’t want potential investors avoiding their project due to negative prejudice others might have about airdrops.

What are some possible solutions for ICO Airdrops to adopt to counter these perceptions?

Some ICOs choose to launch their ICO Airdrops in partnership with established platforms, in order to assuage suspicions. Ontology recently adopted this approach with NEO. This of course benefitted both parties, as it generated excitement in the NEO blockchain community while increasing awareness of Ontology and its ONT token. The trust established by NEO, would likewise be carried to the community members, as the Neo platform was essentially giving their stamp of approval to the new project by taking such a public stance with them.

What are some warning signs to look out for before participating in an Airdrop?

Tip: Many of these rules apply when dealing with anything in the cryptocurrency space

Now that you know the basic principles behind airdrops and how they work, you can go looking for some and pick your favorite ones to participate in. We will be updating our own list, so you can also choose some from there.