Everything You Need to Know About ICO Tokens

A token is a digital unit that is used to perform transactions as a form of remuneration within a particular blockchain-based platform. Here is everything you need to know about them and their relationship to ICOs. 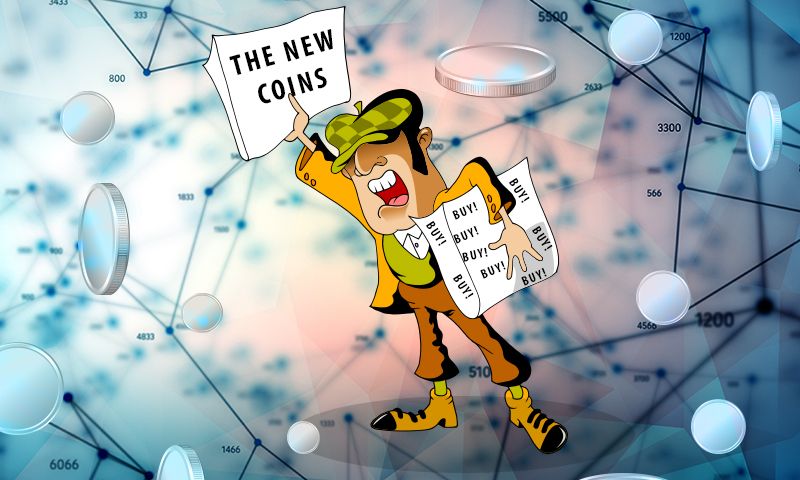 A token differs from a cryptocurrency in that its function is limited to the framework of the specific platform with which it is associated. As described in a previous guide, a cryptocurrency is a decentralized digital payment solution that enables various parties to transfer funds to one another in a way that is borderless, transparent, and anonymous. It is essentially a digital currency that generally exists independently of any centralized institution of government.

Some countries are planning to develop their own cryptocurrencies, but most countries so far seem to be against the prospect. However, there are some countries considering holding initial coin offerings (ICOs). These often arise due to dire economic situations rather than out of a genuine belief in the potential of cryptocurrencies. Of course, this is interesting as it blurs the line between cryptocurrencies and tokens.

What is a Token?

A token is a digital unit that is used to perform transactions as a form of remuneration within a particular blockchain-based platform. Its value is determined by both the platform, as well as other individuals who perceive the token as having an intrinsic value. This works in the same way as a casino chip. Basically, a casino chip is purchased by the gambler in exchange for its fiat equivalent, for the individual to be able to make use of the services that the casino offers. Players can play whichever game they want to play on with those chips, unless it is a slot machine. However, only that casino’s chips will be accepted in the casino. Similarly, other unaffiliated casinos will not accept this casino’s chips. Players who want to play at different casinos will need to hold the chips that each casino they want to play at accepts.

How do Tokens Work?

If the gambler wishes to use the value represented by their tokens outside of the framework of the casino, they will first need to exchange it for fiat currencies. This can be done either through the cashier at the casino, or by selling them to other players in the casino. This is very similar to an ICO’s token. Their token typically only serves a function within a particular blockchain-platform. The value of that token depends on the usefulness of the platform it is used on. Tokens can be used for:

However, while most platforms offer tokens for sale directly, they don’t always offer to buy their own tokens back. The user will need to visit a cryptocurrency exchange to find a buyer for their tokens when they want to cash out. This takes us to a discussion on token value.

What is a Token’s Value Based on?

Before we begin our discussion, there are first three terms that we need to define, namely:

The initial price of a token is set by the ICO based on what they feel to be a fair evaluation according to their estimated utility value and demand of the token, in addition to other criteria. This is based on their personal perceptions, and so the potential investor should consider conducting their own evaluation before going forward. Another factor to consider is whether each token is further broken down into decimals (for instance the cryptocurrency bitcoin is divisible to eight decimal places. Each is referred to as a Satoshi, much like each USD is divisible to two decimals, with each unit being a cent.) However, once the token sale event is over, most ICO platforms will not generate any more tokens, as this would decrease the overall price of the tokens. This is because, as with any other product, the rarer the product, the higher the demand and therefore the greater the perceived value of the digital asset.

Price and Value After the ICO

After the ICO, the tokens can usually either be bought through cryptocurrency exchange platforms or directly through the blockchain platform itself. A likely reason why many platforms will not trade back tokens is due to the volatile nature of the token value. This is because the token’s value will be tied to the platform’s usage, while the markets will determine its price in a continuous exercise of price discovery, through the balancing of demand and supply. The state of the cryptocurrency market in general will also influence the price. It usually happens that when the price of the main cryptocurrencies like Bitcoin and Ethereum take a hit, tokens are automatically affected.

While this correlation seems odd, it has a logical explanation. Those who use cryptocurrencies are the ones who are most interested in using blockchain-based platforms. This can be seen in the number of ICOs that don’t even accept fiat during their sales. Nevertheless, issuing a token allows platform devs to engage in market-making activities. If platforms feel it is necessary, they may opt to buy-back their tokens from users – particularly when prices are low – and then ‘burn’ a percentage of them in order to boost the price. ‘Burning’ refers to the process permanently destroying the tokens, thereby reducing the overall number of tokens in circulation. It is for a similar reason that ICOs will burn any unsold tokens from their token sales.

Playing the Price Game on Both Sides

Conversely, ICO platforms will often retain a certain percentage of the overall token pool in case the platform will become popular enough that the demand justifies selling them for a profit or introducing more tokens into the market. Note that they are not creating new tokens, but merely injecting existing tokens into the existing supply. For a company to create tokens contrary to their original terms would effectively ruin the users’ trust in the platform, as well as cause the token price to plummet.