Proof Of Stake or Security? 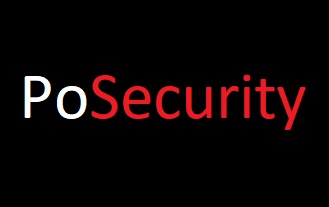 Ever since the SEC issued its opinion on The DAO, calling it a security, the regulatory noose on ICOs has been tightening. With more regulators around the world stepping into the fray after the SEC opened the flood-gates, cryptocurrency enthusiasts learned about the Howey test and how it applies to an ICO. But for all the research done and all the articles written on the issue of Howey and ICOs being securities, it seems that no one is looking further into the platform that enabled the ICO explosion, Ethereum. At a glance, Ethereum shouldn’t have anything to worry about vis-à-vis the Howey test. Nevertheless, once Ethereum switches to Proof of Stake – PoS – wouldn’t it be switching de facto into a Proof of Security case for regulators? Is PoS the securitization mechanism of cryptocurrencies?

Proof of Stake: What is at Stake?

To analyze whether a Proof of Stake mining mechanism can be deemed as a security or not, it is necessary to understand a few basic PoS features:

Proof of Stake: The Howey Angle

Those basic Proof of Stake features make it sound like if any cryptocurrency based on this mechanism, could be deemed as a security, at least by the SEC. This is due to the 4 basic principles of the Howey test:

Points 1 and 2 are especially contentious when it comes to a PoS mechanism. An agency like the SEC could easily argue that anyone buying into a PoS Ethereum network, is indeed investing money, expecting to profit from that investment. After all, users owning Ether in such a scenario will be entitled to process a number of transactions proportional to their cryptocurrency holdings, and profit from those transaction fees. If there is a fixed inflationary distribution of coins or tokens each year, that would look like a dividend. If Proof of Stake allows every user to have a proportional number of votes and a say in how the network will be shaped, then that looks a lot like having preferential stock in a company that is listed in the NYSE.

Since we are not lawyers and the complexity of the issue requires an informed legal opinion, there is a limit to the insight we can give. In any case, we can raise a point or two and let those brilliant crypto-legal minds give us a more in-depth opinion. It is possible that a Proof of Stake mechanism will pass the Howey test, but if it doesn’t, would an agency like the SEC be legally able to intervene if Ethereum switches over?

Beyond that, would an agency like the SEC have the resources to intervene in the case of a network like Ethereum, given its size? Would the SEC just choose to go after those who will be responsible for the switch to PoS? Would the visible faces of the network be in danger – namely Vitalik Buterin?

Turning it Over to the Lawyers Out There

It is impossible to know what would be the extent of a possible SEC action on Ethereum should a PoS-powered Ether indeed be considered as a security. The scenarios are vast and their spectrum too wide to cover in a single post. There are also international ramifications to consider, since other regulators are bound to follow in the footsteps of the SEC. It would be interesting to know if the programmers that are working hard on switching Ethereum to a Proof of Stake mechanism considered this at all; it would be equally interesting to have the opinion of a legal expert as well. We hope that by publishing this post, experts will come forward and tell us what they think. In the meantime, it looks like Proof of Stake could actually mean Proof of Security.