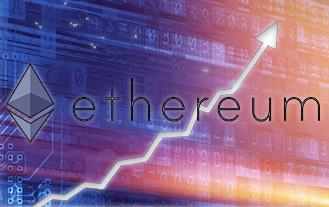 This is probably the most ridiculous headline you will ever see on our news section. After all, it would be ridiculous to announce that the master mind behind the creation of the Ethereum network is alive; it is safe to assume as much, especially when we are talking about a 23-year-old individual. Nevertheless, in the wake of a wave of fake reports that had Vitalik Buterin suddenly dying in a car crash, it is apparently necessary to reaffirm the obvious: Vitalik Buterin is alive and kicking!

Vitalik Buterin Proves he is Alive

Well, we should say Buterin is alive and counting blocks. Or at least attempting to do so to prove that he is indeed alive – you can insert your own joke about the immutability of Ethereum here. In any case, it is incredible to think that nowadays with all the tools that we have to convey information to each other, some would insist on using them to distribute false information. It was clear to anyone that this rumor would have a very short shelf life, so why go ahead in any case?

It is all About the Price of Ether, or is it?

Some media outlets like Coindesk, Fortune and Quartz, assert that the price of Ether went down when the fake news spread yesterday. Quartz and Fortune both report that the fake news wiped out $4 billion USD. Coindesk asserts that the rumor sent Ether below the $300 USD mark, noting that the price kept on declining even after everyone knew Vitalik Buterin is alive.

These reports might fuel some other rumors, which is why Coindesk’s coverage provides a caveat. The price of Ether still went down even after we had verifiable proof that Vitalik Buterin is alive. Therefore, there must be some other reasons to explain why the price of Ether went down and is still going down – as of press time.

Vitalik Buterin is Alive so don’t Short Ether yet…

If anything, this whole issue with the rumors about Vitalik’s sudden death show how intricate cryptocurrency markets really are. Logic should still prevail, or should it? Well, it depends who you ask. There is a possibility – although it would be hard to prove – that people indeed shorted Ether as soon as the rumor got to them. Those who sold their Ether based on the fake reports, draw a direct correlation between the fate of Ethereum and that of its creator. Therefore, it is not surprising that they would be willing to act upon a piece of information without any kind of substantial proof.

Ethereum is stronger than its creator, but if you can’t believe that, then just look at other similar examples. Take Apple for instance – yes, it has nothing to do with crypto. Steve Jobs died on October 5th, 2011. On that date, Forbes has the “split adjusted price” of a single Apple Inc share at $50.53 USD. Current price at time of press is $145.96 USD. Investors should have bought that dip, but that is in hind sight.

The Other Side of the Coin

Nevertheless, since Vitalik Buterin is alive, then Ether should have stop bleeding. That is if yesterday’s plunge is directly related to the fate of Buterin, but, just like with the price of Apple Inc’s stock, we can see that market success does not hinge upon 1 person. At least not all the time. Ethereum is a strong project. It has an established user base and more developers than just Vitalik. It survived a fork and its price soared to unthinkable heights in the year following the fork.

That should serve as a lesson for those who may try to knock any cryptocurrency with this kind of fake news in the future. It should also serve as a lesson to all the investors who get spooked before they get their facts straight. After all, if falling victim to a sick hoax is not bad enough, they should always keep in mind that quote attributed Medgar Wiley Evers. This quote is powerful and true: “You can kill a man, but you can’t kill an idea.” Bitcoin Chaser is delighted to announce that Vitalik Buterin is as Alive as his idea.