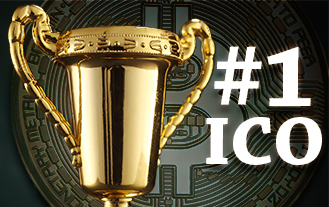 There is a point at which we will have to look back and assess whether all the ICOs that came to market over the recent ICO boom, succeeded. Nevertheless, there isn’t a set of objective parameters under which we could be able to determine as much. In a simplistic and somewhat subjective manner, analysts could say that a successful ICO is one in which the project managed to either raise the amount it stated it would – if it was capped – or raise the largest amount of funds in the market – if the ICO was not capped. This makes sense because after all, an ICO is an exercise in fund-raising, but should this definition of a successful ICO apply to every stake holder involved in the project?

A Successful ICO Without the Support of its Contributors

Funds flow into an ICO from a group of supporters that become a part in said project in one way or another. As such, if the project is centralized – like most ICOs – then the people in charge of the project acquire a responsibility vis-à-vis these contributors. Regardless of the amount this ICO set as a funding goal and regardless of the amount of funds it manages to raise, the group of contributors comes together with the money, and it has different interests than the project creators.

It is safe to assume that these contributors, unless they are pure speculators, are interested in the development of the project post-ICO. To them, the ICO process is a means to an end, and they take the risk of buying into a project they believe in, expecting to participate in the ecosystem it creates at a discounted rate. This is exactly where the definition of a successful ICO starts ‘forking’ if you will. There is no market consensus about what success looks like and the varying expectations create tension.

How do Markets Define What a Successful ICO Looks Like?

At this point, the amount of funds that the project managed to raise, might play against the interests of the stakeholders. The speculators will find an optimal point to sell their tokens in the market, transferring any right they had to participate in the project, represented in the tokens they hold, to others. Hopefully for them, they will gain from the endeavor, especially if they acquired their tokens at a discount. Those who believe in the project and would like to keep on supporting it, will hold their tokens. They will wait for the release of the platform in which they can use these tokens to derive the benefits form the service this platform offers. However, the creators of the ICO might have raised enough money already to raise their quality of life without having to deliver on the development of the platform.

In this case, a seemingly successful ICO as measured by the amount raised, turns into a deeply flawed project from the perspective of the market. The price of its tokens plummets once people who participate in the secondary markets understand that those behind the ICO don’t have an economic incentive to deliver on what they promised they would develop on their white paper. At this point, long-term holders who are supposed to be the staunchest supporters of the project, turn against it.

Was Tezos a Successful ICO?

This is of course, a simplified version of a hypothetical scenario that illustrates how a successful ICO might not be as successful as previously thought. Unfortunately, there are some real-world examples that affirm this scenario or at least some kind of scenario derivative. These failures may be more commonplace than many would think. The most glaring example of a successful ICO that doesn’t seem as successful anymore is Tezos. This ICO raised a record-breaking $232 million USD equivalent in bitcoin and Ether. Its supporters have so far gotten only promises in return. Recently, there have been reports of infighting within the foundation that is managing these funds.

The markets are now aware of the infighting and Tezos inability so far to deliver the tokens – Tezzies – that supporters thought they would get when they contributed. Progress on the development of the Tezos “self-amending crypto-ledger” – which is supposed to be immune to exogenous changes to consensus – is also unknown. The market will surely punish the project through the price of Tezzies in the secondary market once they are released; demand for a token released by an embattled project with little or nothing to show apart from a record-setting raise, should be quite low.

A Successful ICO Relies on Lessons Learned from Projects Like Tezos

On the bright side, the market seems to have learned a few lessons from the Tezos saga so far. The general trend in the ICO markets since Tezos, indicates that projects are setting more reasonable targets for their fund-raising efforts. This sets the stage for a successful ICO to align itself more with the interests of its contributors than with the goal of raising funds itself. That is already a huge paradigm shift.

This paradigm shift is not only evident in the fund-raising goals of ICOs, but also in their white papers and in their development roadmaps. A successful ICO nowadays is telling its budding community when it expects to deliver on the development of its platform or service. Although there are no guarantees that these ICOs will succeed in raising the funds necessary to deliver or that they will achieve their development goals even if they raise the funds needed, they are stating clearly how they are going to abide by their promises. This shows how a successful ICO in the future, will be judged more by how it implements lessons learned from projects like Tezos and less by the total amount it raised.

Examples of ICOs That are Applying This and Other Lessons

Revain, Publica and eSports are examples of ICOs that have specific goals set for each level of funding. Each of these projects also has a set timetable to deliver on their declared goals once their ICOs are over. This will allow them to align their expectations with those of their contributors and give secondary markets a more accurate signal that can lower speculation.

By drawing a roadmap, lowering fund-raising goals to a fraction of what Tezos raised and being explicit about their development milestones, these projects have created a new template for the successful ICO. These projects are openly telling the world that they should be measured, and they are also providing the parameters they should be measured by. Contributors now have more clarity and can make a better decision about what to do with their funds.

Let’s Pick One to be More Specific…

To show this, it is helpful to pick one of these 3 projects and show how their development roadmaps are clear, concise and efficient. Let’s take a look at Revain for example:

It is important to clarify that these documents do not guarantee that a project will indeed succeed once its ICO is over. However, they do help to redefine what a successful ICO should look like not only in terms of its fund-raising ability, but in terms of the goals it sets for itself post-ICO. Subsequently, if an ICO manages to comply with its roadmap in a timely fashion, it will succeed in strengthening the community of supporters behind it. Unfortunately, these new parameters cannot guarantee the success of the business plan in the market, but at least they will give the ICO and its contributors a better chance.