Microsoft Tosses Bitcoin out the Windows

The software giant has remove Bitcoin as a payment method for its online store. 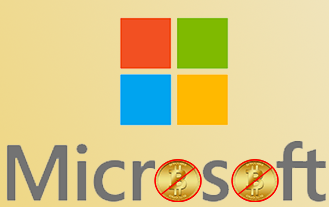 The software giant has decided to take bitcoin payment options off its online Windows Store.Although Microsoft had announced a deal with BitPay to accept bitcoin for purchases on the Windows Store, or in stores that house Xbox Games, Xbox Music or Xbox Video – As per the company’s blog post on December 11th, 2014 – it has now back-tracked. The reasons for the change of heart remain unknown. Some point to the lack of demand, while others point to a fall out with BitPay. In any case, Microsoft has only released a short message explaining that it will no longer accept bitcoin to fund Microsoft accounts, and that existing balances will still be available for purchases but cannot be refunded.

Microsoft, Bitcoin and the Blockchain

This sudden change of heart is puzzling to some, given that Microsoft is going full steam ahead with various blockchain-powered projects. Some experts assert that precisely this is what will happen to Bitcoin – the currency will stay in the fringe at best, while blockchain and the idea of the distributive ledger will be widely adopted and adapted to other needs.

In any case, the currency itself should not be the reason for the new policy. Bitcoin is still fully convertible into fiat and that will not change any time soon. Microsoft’s move actually goes against the trend of retail companies that are increasingly accepting bitcoin payments. Giants like Ebay and Amazon are still taking bitcoin purchases, which shows that any fear about bitcoin’s stance as a fully convertible currency are either premature or unfounded.

Other retailers and suppliers have also been joining an ever expanding group of businesses that accept bitcoin. This leaves Microsoft standing practically in a category of its own, as one of the businesses that is opting out of bitcoin payments. Although many attribute this move to low demand, it is possible that the reason for Microsoft’s change of heart is a pinpoint measure with a hidden purpose.

No Such Thing as Bad Publicity

Many retailers opt into bitcoin payments as a publicity stunt. The reason behind it is to get mentioned in all kinds of media as businesses that accept bitcoin, which amounts to free publicity. Microsoft could have made the exact opposite move with the exact same goal in mind. Microsoft is now being mentioned as a business that opted out of bitcoin payments, in other words a pioneer countering the trend of businesses that opt in.

Since Microsoft is such an iconic brand, the move is sure to make waves. Its effect on bitcoin however, is probably negligible. On the other hand, Microsoft will keep on moving forward with its own blockchain developments. This is a small trade-off for Microsoft. It will probably get some negative reactions from a niche of tech-savvy bitcoin users – who in any case may already oppose its closed-source approach – and in return it will get a lot of mentions on all kinds of media.