Bitcoin Gets Physical With Smart Banknote

Off chain Bitcoin transactions have taken a twist with the smart banknote. This innovative product launched in Singapour has the potential to solve Bitcoin’s UX problem as well 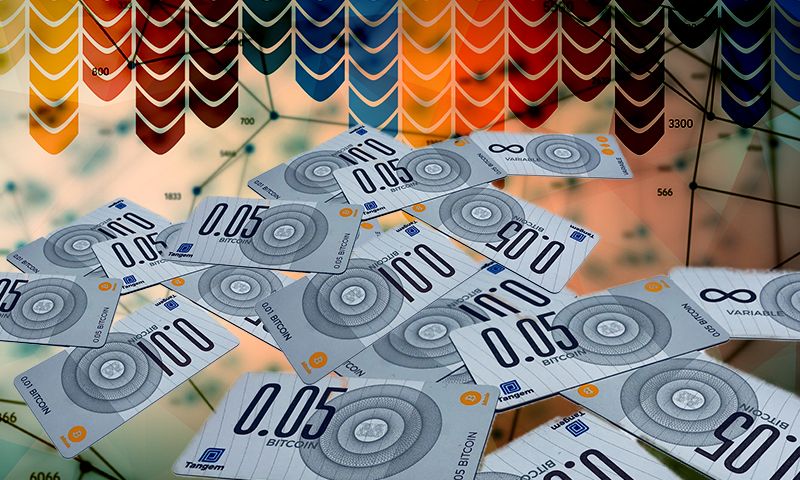 Tangem launched smart Bitcoin banknotes in Singapore, aiming to change the way cryptocurrencies circulate. This is a way to make Bitcoin and other cryptocurrencies more user friendly, something that is lacking in the space. Ultimately, even the youngest people on earth, who are old enough to be aware of what the basic functions of money are, know what a banknote is. The banknote is not like the cassette or the VCR videotape, and cryptocurrencies could certainly use this innovation to achieve greater adoption. Now, this pilot that Tangem launched may finally answer questions about certain aspects of Bitcoin’s scalability that have not been discussed as much.

The pilot sales of physical Bitcoin banknotes at the Megafash Suntec City Store in Singapore is an interesting experiment. These notes are denominated in Bitcoin with denominations of 0.01BTC and 0.05BTC. Tangem’s website claims this is “the first smart banknote for digital assets” and calls it an “open platform, featuring Anonymous and Instant dealings”.

Bitcoin Coming Down from the Cloud

Until now bitcoin or any other cryptocurrency relied on digital wallets mostly, with paper wallets being an option reserved for advanced users. Tangem included a hardware component inside each banknote, making them a combination of a paper wallet and a hardware wallet. The notes contain a special chip that carries digital assets like Bitcoin. The hardware within these notes is based on Samsung’s Semiconductor S3D350A Chip.

Additionally, the firm claims its Banknote is “the first hardware storage solution on the market with its entire electronics and cryptography certified to the Common Criteria EAL6+ and EMVCo security standards.”

Cannot be Copied or Hacked

The notes cannot be copied according to Tangem. The startup also notes that these smart banknotes are un-hackable. Regarding the security issues, Tangem discusses that the source code of its proprietary chip firmware has already been shared with a Swiss-security firm, Kudelski Group. Moreover, the firm is under review and security audit of its product’s architecture to build and enhance trust among users. At present, Banknotes cost $2 for the company and the process of making millions of units is still being refined.

These smart Bitcoin banknotes can also be used on off-chain transactions. This means people can actually use Bitcoin without ever having to wait for a transaction to get confirmed. Banknotes transfer the ownership of the coins instantly, just like a traditional banknote transfers a unit of exchange. Nevertheless, in Bitcoin verification is a rule no one should skip. Therefore, the notes are NFC-enabled making verification of the asset validation easy via a smartphone.

As Singapore’s Tangem debuts its smart Bitcoin banknote, the first shipment of 10000 notes has been sent to partners and distributors. If this pilot succeeds, Tangem’s innovation can get rid of many of the scaling issues that Bitcoin has, especially when it comes to face to face payments.