Financial Sector Running Out Of Fuel Can Propel Bitcoin

The most recent financial market fall, should serve as yet another warning sign about things to come. The traditional economy is fragile, and there are only a few hedging alternatives out there. One of them is Bitcoin 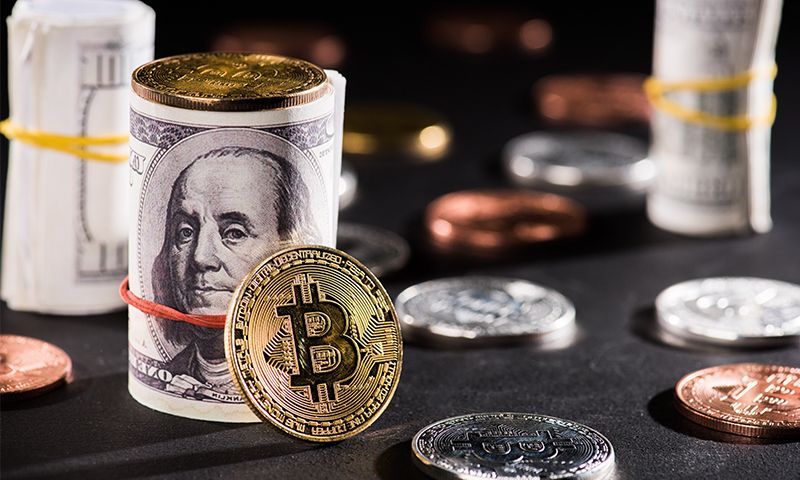 If economic growth is lacking, then print some money! That was the prevalent axiom through which financial markets were lifted out of the mess they created for themselves with some help from governments, after the 2008-09 melt-down. Quantitative easing was a euphemism for printing money to artificially boost the economy and bail out those who were too big to fail. The average person only got some bread crumbs and was not lifted out of the precarious situation that casino-like behavior created and the bail outs perpetuated. Now markets are running out of steam after monetary easing gave way to excessive debt and the latest artificial boost – the US corporate tax cut – seems to have run its course as well. The only thing that is real now is Bitcoin and other valuable assets that are actually scarce and cannot be created from thin air.

Dow Jones and Other Indices Down

Financial markets have been faltering recently. The Dow Jones index erased all the gains it made so far in 2018. Markets elsewhere were also feeling the pinch, with the TSX for example, having its worst day in 3 years. Mainstream media and pundits are pointing the finger at rising interest rates, but they overlook the fact that even after the hikes, interest rates are still near historical lows. Dirt cheap money just got a little more expensive and the Dow Jones erases all its gains this year so far, let that sink in!

In the meantime, Bitcoin with a fraction of the market cap, has gone down from almost $20,000 USD to around $6,500 USD roughly in the same period of time, but it looks much more promising than traditional markets right now. Bitcoin price sky-rocketed last year in part due to that excess liquidity. There were people taking out cheap loans to buy Bitcoin – something no one in their right minds could ever recommend doing – but there is a feeling that even after that 70% fall, Bitcoin, unlike traditional financial markets, has bottomed out.

All the additional fiat money that was arbitrarily put into the money supply, has probably run through cryptocurrency markets and has come out by now. Bitcoin and other altcoins do not depend on this cheap fiat money to grow. Traditional markets on the other hand, seem to depend on cheap money, and they are just starting to deal with their addiction. In the meantime, the average person is handling more debt at every level while facing an inevitable financial market downfall.

The last time financial markets fell, government and central banks bailed out banks and other institutions that were “too big to fail”, at the expense of the average person, who had to take out more loans to make ends meet. Bitcoin didn’t exist yet when the last economic melt-down came around. Now the average person has a choice to hedge themselves against the excess of these markets.

Choose a System in Which Money Supply is Predictable

As financial markets falter with rising interest rates, one of the central causes of the next economic downturn was laid bare for all to see. The effects of artificial economic boosters ware off sooner or later, and the problem just gets worse. Now that Bitcoin exists, it is indispensable to point out that this asset and the economy behind it is the exact opposite of what we are seeing in traditional markets at every level. Bitcoin has had a bad year price wise, but most of the infighting that threatened was settled, making it a healthier asset than most of those listed on any stock exchange. Bitcoin’s price seems like it has bottomed out already, while the traditional market downturn looks like it just started. These factors and the fact that coins cannot be created out of thin air while fiat money can be created at the whim of decision makers, is what will propel Bitcoin when the financial sector runs out of fuel and the traditional economy falters again.

Disclaimer: The views expressed in this article do not constitute financial advice of any kind.