The Turkish Lira Drop Makes The Case For Bitcoin

Populism turns into government overreach, bad policy and economic pain for millions. We have seen this before way too many times in way too many places. Bitcoin is the tool that can help the average citizen to cope with these situations 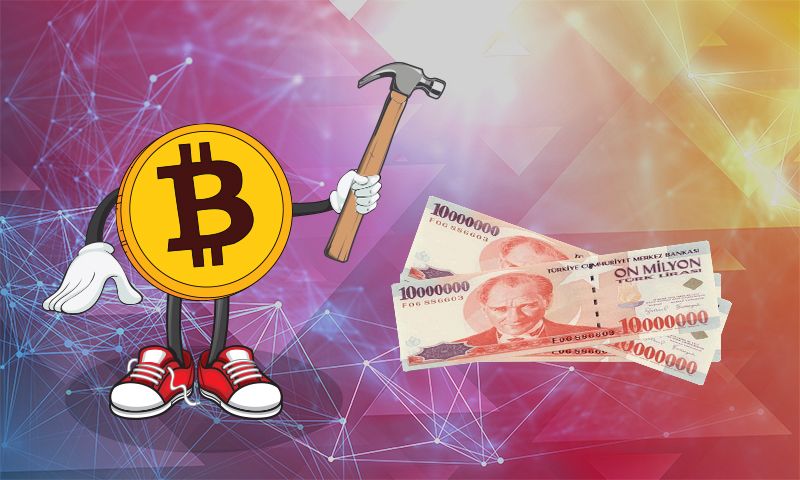 Imagine being a rank and file individual in Turkey, who has a normal life by any measure. You are going about your business when suddenly the price of every single imported good doubles after your government picks up a fight with the most powerful nation on earth, over the incarceration of a US pastor you have nothing to do with. An international spat with an ally affects every aspect of your life: Inflation can spiral out of control, a populist response from your government can pave the way to capital controls and this can all trigger a painful domino effect in which thousands of jobs are on the line. Unless you have a hedge, you are subject to the whims of two populist leaders. This situation makes the case for Bitcoin and here is why.

Despite the uniqueness of the cause, the current situation in Turkey is a story that iterates with frequency. Economies go through their cycles and governments often exacerbate conditions, pushing them into recession territory. The average citizen can’t do too much to protect whatever little they have.

Just like in Turkey’s case, we have heard leaders across South America declaring that the US is launching an economic war against them. It doesn’t matter who is sitting in the Oval Office at the time, the accusation is the same and it serves to justify more government intervention in the economy. Capital controls are a hallmark of the populist response. In some cases, like in the case of Greece or Cyprus a few years ago, cash withdrawal limits are also imposed to prevent bank runs.

In every case, people see the price of their local currency plummet against the US Dollar. Fear of capital controls or other punitive measures that aim to safeguard banks, government institutions or local industry barons, creates panic. The economic situation worsens. This all plays into the hands of the government, which uses panic to justify heavy handed measures that restrict economic freedom. That is exactly what happened this week with the Turkish Lira. Widespread fear of more sanctions due to a political spat between Erdogan and Trump pushed the Turkish Lira into a downward spiral.

Erdogan’s impulsiveness worsened the situation. Urging people to sell every Dollar they had and buy Turkish Lira, had the opposite effect. The Turkish Lira plummeted, which is a sign that people or at least those with the means to do so, were acquiring more Dollars and dumping their Turkish Lira holdings. As a result, the price of the Lira in terms of USD is down about 26% so far this month, paving the way for those dreaded capital controls. History is not kind to economies that introduce these measures.

The Case for Bitcoin

Even if those capital controls never materialize, the availability of USD in Turkey should be low by now – part of the reason why prices are high. On the other hand, Erdogan is vowing to keep interest rates steady. That coupled with higher inflation is a recipe for disaster. Those rank and file Turkish citizens who are trying to do the best they can to provide for themselves and their families on a daily basis are stuck in a bad situation. The only asset that will allow them to hedge some of their savings and guarantee that the government will not be able to impose capital controls on them effectively, is Bitcoin – other altcoins are less relevant but can still provide safety in a situation like this.

But Bitcoin Prices are Also Plummeting!

Many would read this and ask themselves how can anyone argue in favor of a hedge that is also in a downward spiral against the USD? The reason is simple: government control and availability. A hedge that looks objectively bad at any point in time, could well be the lesser of two evils subjectively speaking. It is important to keep in mind that people in Turkey should be looking to hedge against government intervention in their economic affairs as much as they should be looking for a safe haven while Erdogan and Trump spar over the fate of a prisoner.

The real risk that people in Turkey face when they hedge with Bitcoin is not exposure to price volatility, but rather the possibility that the government will turn its attention to Bitcoin exchanges to stem capital outflows. Otherwise, people in Turkey are already paying a premium for Bitcoin compared to international prices, as demand soars. This also shows that a significant portion of the population is aware of the Bitcoin option.

Power to the People

The fact that more people in Turkey are turning to Bitcoin during this period of uncertainty, makes the case for Bitcoin and to a lesser extent, other altcoins. Many can discuss theoretically what the value of Bitcoin is and if it really serves its purpose as a P2P form of electronic cash. When reality bites, theoretical discussions are thrown aside by the gravity of the situation. The demise of the Turkish Lira – which has been more volatile than Bitcoin over the last 10 days – shows that Bitcoin’s true value is to give people some of the power they have lost to government control and interventionism. This is as true now for every Turk living under Erdogan, as it was for Argentinians, Venezuelans, Greeks, Cypriots and many others who had to grapple with the failed economic policies of their governments.

Disclaimer: The views expressed in this article do not constitute financial advice of any kind.

Important note: Fiat currencies overshoot when there is a drastic change. As a result, the Turkish Lira might stabilize over the next few days, although the risk for further disruption remains high. Failure to adjust interest rates might push inflation beyond a point of inflection in Turkey. If the government introduces capital controls, the situation can worsen, and the Lira could spiral out of control. None of these scenarios have played out yet.

The Trump administration doubled tariffs on steel and aluminum from Turkey and imposed sanctions against 2 Turkish officials: the Minister of Justice and the Minister of Interior. These moves sent the Turkish Lira into a downward spiral.