The Other Side of the Coin Trail 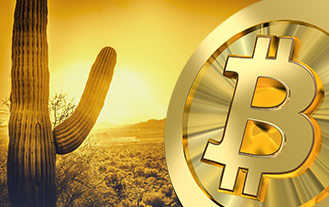 The untold story of the Bitcoin trail as shown by data collected on the purchase of coins from exchanges around the world, is pretty clear. The conspicuous absence of Bitcoin acquisition in the ‘global south’ may serve to tell a story the world is familiar with. Less developed nations are largely being left out of this century’s financial revolution, and this goes beyond Bitcoin itself. Bitcoin’s trail, its adoption, its use, expose societies to the powerful underlying technology behind it, the blockchain. Without this exposure, without the chance to use the technology to further develop local economies and financial institutions, the Bitcoin trail could leave scorched earth behind in the countries it doesn’t go through. These countries ironically, have a lot of low hanging policy fruit that can turn the tide around and they are not taking advantage of.

There are however, some fine caveats that must be taken into account. Data shows that Bitcoin concentration is sparse to non-existent in Africa, South America, Central Asia, and South East Asia (Excluding China and Singapore). It also shows that Bitcoin purchases are relatively high in and around some of the big urban centers.

Data shows for example, more concentration in the Buenos Aires (Argentina) area than in any other city in Japan. This could highlight issues with data reliability, or it could be absolutely true. Since the data does not provide information on mining and commerce, it could well be that places like Japan get most of their coins through mining and commerce as opposed to Bitcoin exchanges. Low Bitcoin volumes in Japan could also be due to the debacle of Tokyo based Mt Gox.

Another factor to consider is that the sources of information, Bitcoin exchanges, might be much less common in these countries than in Europe and North America. This is due to the lack of favorable regulation in these countries, among other reasons. Regulatory bodies and courts in both the EU and the US have somehow delineated a framework within which Bitcoin trading can go mainstream. Therefore it is not surprising to see high concentrations of Bitcoin in both the US and Europe. This should be the focus of countries in the ‘global south’, assuming that the data does present a case to consider the impact of these policy tools.

According to Bitcoin Trail Data

Assuming the data is accurate, there are also intra-national phenomena that are concentrating the Bitcoin trickle in many of these countries, into their main urban centers. This might prove to be just as disadvantageous as the higher concentration of Bitcoin in Europe and North America vis-à-vis the ‘global south’. It may also be just another sign of the lack of economic development that these countries suffer from.

These images could be interpreted to show that there is a lack of internet access in rural areas. This might be true, but it is an assumption that sounds too overarching. The proof is the lack of Bitcoin concentration around big urban centers in North Africa, as compared to South Africa. It is possible to see that almost no Bitcoins are being traded around Cairo and other major urban centers in North Africa. This points back to the relevance of regulation and possibly instability, although instability could fuel the opposite trend: sizeable investments in Bitcoin.

Arguments that support the policy or regulatory void thesis, may also be overarching. Some of these areas suffer from lack of banking service coverage altogether. That means that even if there is enough internet access and a regulatory framework, people would still be unable to participate in the Bitcoin economy since they would not be able to carry out a money transfer to buy Bitcoin. Ultimately, the barrier to joining the Bitcoin economy in a significant number of these examples, could be the very institutions Bitcoin sought to replace: banks.

Banking service coverage is not a condition that affects all these countries or all the territories within them. For people who have access to banking, the lack of clarity might be holding them back. Cultural considerations aside, there is no doubt that regulatory bodies, governments and the justice system in these countries should play a more proactive role. Once they do, the rate of Bitcoin acquisitions might speed up in these territories, and it will bring about benefits.

The main drawback of an increased Bitcoin flow into these areas would be the outflow of money to exchanges that are located in developed world. Participation in the Bitcoin economy can come at the cost of initial capital outflow. Nevertheless, the benefits of participating in the Bitcoin economy should outweigh the costs in terms of capital outflows from countries in the ‘global south’.

Exposure to Bitcoin and its underlying blockchain technology has the potential to drive a spur of tech-driven growth in a number of industries. Countries should strive to get into the realm of Bitcoin through legislation, regulation and policy that will protect its citizens from excesses and will establish a clear framework for Bitcoin and blockchain use.

In the age of hyper connectivity, this can be a golden opportunity to bring more economic development to the areas of the world that need it the most. The action needed is legalization and regulation of Bitcoin use. The CFTC and the ECJ regulated and ruled on Bitcoin use and taxation. This is probably the factor that helped Bitcoin become more mainstream in the US and Europe. In this respect, the ‘global south’ has the advantage of taking into consideration the lessons that other countries learned from their experiments with Bitcoin, to design better policy. It is time for them to act.