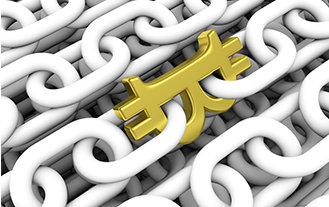 Bitcoin transaction issues have been widely debated lately. The debate has been dominated by the SegWit vs Bitcoin Unlimited dichotomy. Recently, an Unlimited exploit was uncovered and the solution crashed. The number of nodes supporting unlimited went from 800 to 300 after the bug was discovered. This latest event will go down as a setback for Unlimited and an additional point of contention between its supporters and supporters of SegWit.

Both SegWit and Bitcoin Unlimited are complex technical solutions. Nevertheless, it is necessary to find an explanation that a broader public can understand. This will help more people comprehend the consequences of adopting each, as well as the importance of the attack that took place this week. Ultimately people must be aware that the implications of the SegWit vs Bitcoin Unlimited choice may change the Bitcoin Network.

SegWit, or Segregated Witness, is the first concept that people should comprehend to gain a better understanding of the debate and the events that took place last week. Segregated Witness could allow for an increased transaction capacity without increasing the size of the blocks. This solution was first proposed in December 2015.

SegWit was supposed to be implemented in November 2016. Eric Lombrozo, CEO at Ciphrex and supporter of Bitcoin Core, said that the Bitcoin community could experience a block capacity increase of 1.8 times with this solution. Segwit could also solve malleability issues in digital currency transactions, which became a hot issue in 2014 when the Mt Gox collapse happened. It is important to add that SegWit can solve all these issues without the implementation of a hard fork. SegWit has not been implemented yet and the debate is still open.

Segwit has many supporters among the community, but it is less popular with large scale miners. Individual users, as well as some mining pools and blockchain and bitcoin companies support it. The following are some of the main organizations that support SegWit implementation:

SegWit Support in the Litecoin Community

What is Bitcoin Unlimited?

The other solution to address transaction problems and the other part of this debate is the Bitcoin Unlimited – BU – project. If implemented, every node operator or miner will be able to “choose their own block size limit by modifying their client thanks to a configurable option for the generated block size via a GUI menu, accepting a block larger than the current maximum.” This would happen if size increase reaches a certain number of blocks.

BU will not create a blockchain hard fork, “but if some other entity causes a fork, then Bitcoin Unlimited nodes will follow the most-worked fork. This means that the BU node will track the mining majority.” According to the BU team: “the block size is not part of blockchain consensus. If other events that are currently part of consensus layer should also trigger this behavior they may be added based on the outcome of a BUIP (Bitcoin Unlimited Implementation Proposal) submission, debate and vote”.

Segwit and Unlimited are two different solutions to solve the same problem: Bitcoin scalability. Both the options would avoid a hard fork. The first one allows the data stored in each digital signature to be removed from the transaction and to be moved into a so-called extended block. This way transactions will be smaller and the network capability will increase. The second one allows the block size limit to be set dynamically without constant changes to increase the block size limit even if the network number of users is growing. These are the main differences in the SegWit vs Bitcoin Unlimited saga.

Now it is up to community members and experts to keep on debating the issue, trying to convince the rest of the network to choose a side in the SegWit vs Bitcoin Unlimited debate. The attack last week was a clear setback for Unlimited proponents, but it is not enough to prove that the “other solution” is bad to convince community members. Ultimately each camp will have to show that its solution is genuinely the best one. That is the only way to settle the SegWit vs Bitcoin Unlimited dispute.