Synereo Has The Second To Market Advantage 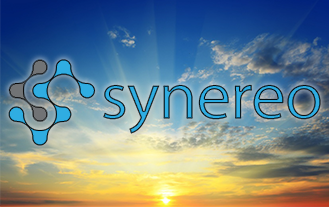 The world of social media has one of the clearest examples of how being first to market actually opens up the door for the competition to take over. It happened before with the notorious race between Myspace and Facebook. The former was the first to market and had a comfortable lead, but it saw the latter take over all interested parties in the industry almost in the blink of an eye. Blockchain-based social networks are gearing up for a similar show-down. This time Steemit, which had a surprising success this summer and has run into several obstacles, will have to face the rise of its competitor, Synereo.

Many of the features that Steemit offers, are also available in Synereo. The following is a list of Synereo features as listed on its official website, that are about to become functional during its alpha in September:

It is possible to see from these features that there are certain similarities between Synereo and Steemit. The way Synereo’s currency – AMP – works, resembles somewhat the way Steem Dollars work. Users are basically paid for their contribution to the network, and one of the ways in which they can contribute is by uploading content.

Along with the similarities between the networks, the discussions about the merits and demerits of each have been raging lately. Many have accused Steemit of not being completely decentralized while Synereo is. On the other side, some have claimed that Synereo is all hype, and that it took the project 2 years to launch because its developers were doing “a lot of talking and not much coding”. Nevertheless these accusations may all be part of the competition, and regarding what is at stake – a potential shot at Facebook-like following – there is no doubt that people on both sides of the divide will continue to trade barbs.

Apart from the well-known debates on various forums, there is a feature that Synereo will offer that Steemit doesn’t. Synereo’s platform will allow users to design apps – Dapps – on its network. This, added to the pledge that the network will be truly decentralized and not owned by a central authority, has the potential to revolutionize the way social networks work. It will not only allow its users to communicate freely, without being targeted by marketing schemes, but it will also allow them to reach a higher level of interaction with smart contracts and P2P exchanges that would make it look like a new economy, that is, if it succeeds.

Success could be Elusive in the Blockchain World

As much as this social blockchain project has attracted attention, it is necessary to take it step by step and be cautious about the chances it has to succeed. Getting to be what Facebook was to Myspace within the blockchain and cryptocurrency world is a tall order; going from that to beat Facebook or other centralized/traditional social networks will be another huge challenge. In fact, the cracks that Steemit has shown ever since its launch reached millions and the valuation of its cryptocurrency surged by more than 1000%, can serve to prove how elusive success might be for these projects.

Steem’s value plummeted from around $4 USD per unit to around $0.9 USD now, in less than a month. This goes to show how volatile cryptocurrencies might be, and how risky their underlying blockchain projects are. Synereo could face similar troubles, and it could even run into a wall in terms of adoption rates. It could also be the unicorn of the cryptocurrency world, but it is still a high risk investment for those interested. In the meantime, given the current struggles of the Steemit project and the fact that Synereo offers additional features, Synereo could become the Facebook to Steemit’s Myspace, at least in the world of decentralized, blockchain-powered social networks.